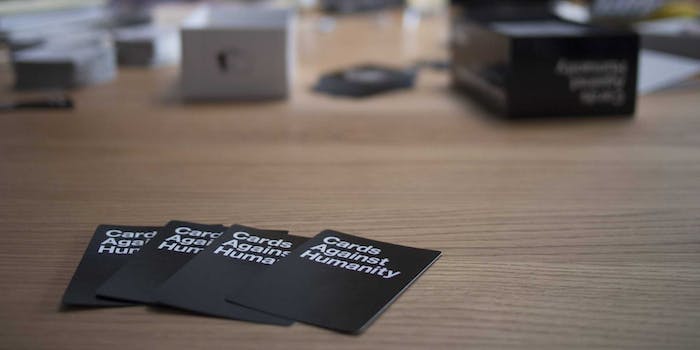 But can it be done?

Cards Against Humanity creator Max Temkin is at it again. And by it, I mean taking political activism to creative and impressive stunt-like levels. This time, he wants to purchase and publish Congress’s internet history.

The announcement came after Temkin reposted a news article by Ars Technica discussing the House of Representatives’ vote on privacy regulations between ISPs and advertisers. Since then, the House has voted in favor of allowing ISPs to sell citizens’ personal and financial data to advertisers without consent. The bill will land on President Donald Trump’s desk soon, and internet privacy activists fear that Trump will allow businesses to buy users’ browsing history. Or, as Conan O’Brien put it, “Goodbye sweet Internet.”

Temkin, however, has vowed to buy “the browser history of every congressman and congressional aide” and  “publish it” for the public’s knowledge. Now that the bill may become law, he has begun publicly strategizing how to acquire the data. And there’s not going to be a Kickstarter or a fundraising campaign: Once the data is available, Temkin plans to outright purchase it.

Can it be done, however? The Verge argues “no.” Writer Russell Brandom says that the Telecommunications Act prohibits sharing “individually identifiable” customer information. If users are “paying Verizon to find out which sites Paul Ryan visited last month,” Brandom says, “that’s pretty clearly individual information, and pretty clearly illegal to sell.” Furthermore, Brandom points to the Wiretap Act, which “makes it illegal to divulge the contents of electronic communications without the parties’ consent.” In response, Temkin turned to Reddit, explaining his plan in more detail and suggesting no one really knows how the data will be available once the privacy regulations are unchained.

“If and when any data becomes available, myself and Cards Against Humanity will do whatever we can [to] acquire it and publish it,” Temkin said. “This may take a long time. We may have to file FOIA requests. We may have to buy browsing data for Congressional office building ZIP codes and then p-hack our way to statistical significance in an attempt to fish spurious correlations out of unreliable datasets, but we’ve done it before.”

P-hacking, of course, refers to mining data in order to create patterns of behavior. The Cards Against Humanity team previously did this with the Eight Sensible Gifts for Hanukkah survey, in a search of a “Malcolm Gladwell-esque correlation between two seemingly unrelated things.”