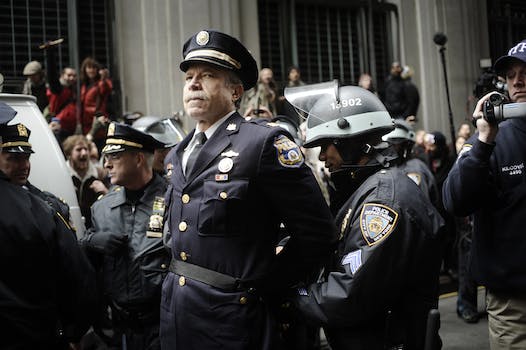 Not a day seems to pass without the emergence of a photo or video from the Occupy Wall Street movement that stops us in our tracks and makes us question the state of democracy in America.

Today, that image is of former Philadelphia Police Cpt. Ray Lewis. Dressed in his old uniform and decorated with medals, he’s frozen in the process of being arrested by a cop in riot gear, a cold look of resignation in his eyes.

This photo came with an interesting twist. Johnny Milano, the photographer responsible for the image, posted that he was “adamantly rebuffed” across the board by traditional print media publications, most notably the Philadelphia Inquirer and the New York Times. There may be a simple explanation, of course. Publications are likely being inundated with protest images on a daily basis.

However, photographers no longer confined to traditional media to spread their images. Lewis’ photo was subsequently uploaded to the Tumblr This Island Earth, where it subsequently received more than 9,000 likes and reblogs, including mentions by Newsweek and Buzzfeed.

The shot has since soared to the front page of the social news site Reddit.

That instant widespread recognition is a testament to the Occupy movement at large, but also to the power of people online to find the media that matters to them—and elevate it to the top of everyone’s attention.