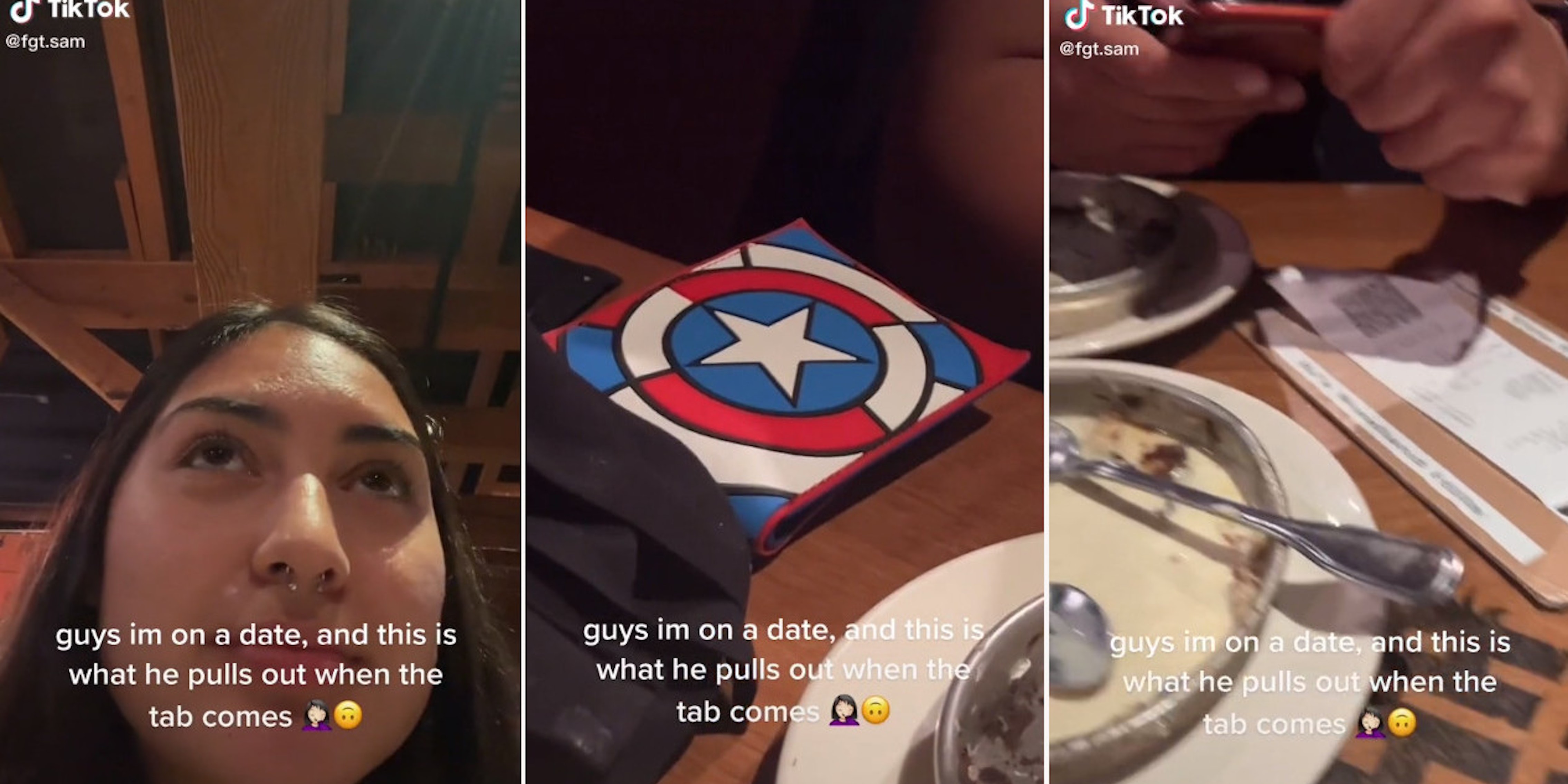 ‘This is what he pulls out when the tab comes’: Woman roasts man for having a Captain America wallet on date, sparking debate

'You making fun of him when he prolly the one paying.'

A woman on TikTok roasted her date for his Captain America wallet, which sparked a debate among her viewers.

“Guys I’m on a date, and this is what he pulls out when the tab comes,” Sammie wrote in the video’s on-screen caption. Then she asked her date to show her the wallet, which was designed to look like the Marvel character Captain America’s shield. She laughed.

In a comment on her first video, Sammie revealed that the person she was on a date with was actually her boyfriend. As for whether it’s OK for a person above the age of 14 to have a Marvel wallet? Most users supported the comic book-themed wallet in the comments.

(In other TikToks, Sammie claims to be in college, making the couple presumably 18 years old-plus.)

Viewers had mixed reactions to Sammie’s criticism of her date. Some said the date’s Captain America wallet was a “green flag.”

“thats a big green flag,” one viewer commented on the first video.

“If his wallet is super hero or anime themed he’s the one,” another viewer commented.

Some viewers said Sammie shouldn’t complain about her date’s wallet if he’s the one paying.

“What’s wrong with that? The only thing I see wrong is you not splitting that bill,” one TikToker said.

“You making fun of him when he prolly the one paying smh,” another TikToker wrote.

Someone else said, “Alright you pay then.”

The gag sparked enough engagement that she shared a second TikTok roasting him, presumably in jest too.

“Went on a second date and y’all look what he pulled out this time,” Sammie said.

Then she showed a ripped Lactaid caplet paper, which her date presumably used. Lactaid is an enzyme supplement used to help people who have trouble digesting milk and other dairy products—commonly known as lactose intolerant.

As for the Lactaid pill, viewers told Sammie to “chill out” and let her date enjoy his dairy.

“Chill out, we getting old, our bodys aint wat they used to be,” one viewer wrote.