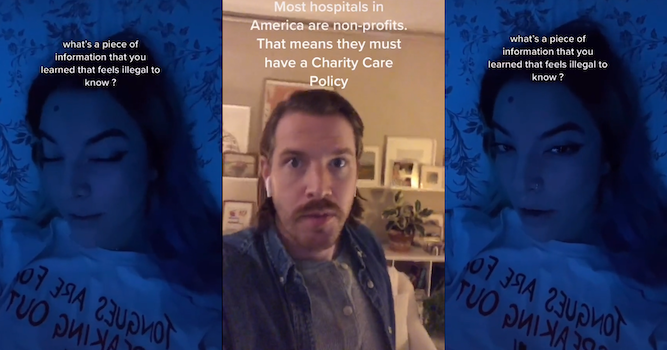 Viral TikTok explains how to get your medical bills canceled if you earn less than $37,470

Nonprofit Dollar For takes its messaging to TikTok... and blows up.

Medical debt is one of the chief causes of bankruptcy in the United States but, as one TikToker explains, it doesn’t have to be. If you earn under $37,470, most hospitals are required to cancel your debt outright so long as you contact them in the appropriate way.