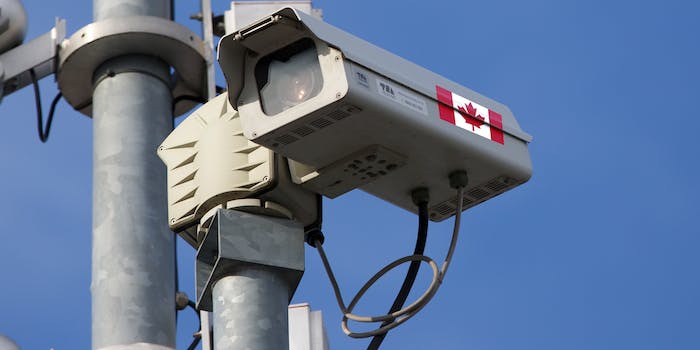 Canada’s NSA admits to ‘incidentally’ spying on own citizens

The Communications Security Establishment Canada admitted it much more nicely than the NSA ever did.

Canada’s equivalent to the National Security Agency has admitted that it may “incidentally” track its own citizens.

The admission, posted on the Communications Security Establishment Canada’s website, actually came back on Dec. 20, though it went largely unnoticed at the time. It shouldn’t come as too much a surprise, considering many Canadians were unaware the CSEC even existed until some of its programs were brought to light by former NSA contractor Edward Snowden‘s leaks. As a member of the “Five Eyes,” the CSEC is one of the NSA’s closest allies, and it partners with the U.S. in various efforts, like collecting the phone records of citizens.

In one section, the CSEC is surprisingly candid about the fact that Canadian law would seem to prohibit such activity: It “is against the law for [CSEC] to target Canadians anywhere, or anyone in Canada. We also can’t ask our allies to do anything on our behalf that is not legal for us to do.”

But it’s unsurprisingly cagey when it comes to admitting just what kinds of activities it does track. Snowden documents show the agency, like the NSA, has substantial capabilities to track a person’s Internet activity. The CSEC admits only that it sometimes intercepts “Canadian communications or information.” In such cases, it says, it “takes steps” to protect that person’s privacy.

Needless to say, not everyone is convinced. As Ron Deibert, director at the Canadian thinktank Citizen Lab, tweeted, “describing collection ‘incidental’ and implying always unintentional is deliberately, pointlessly, misleading.”