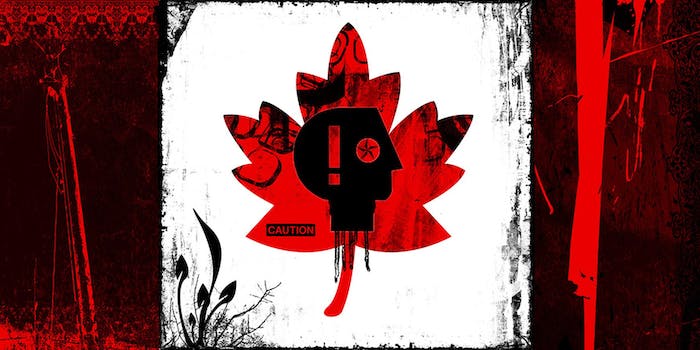 What does a new government mean for Canada’s Internet?

A new government could mean a new era for digital privacy.

Monday night’s results are clear: Canada now has a Liberal majority government. So what does that mean for the future of the Internet in Canada?

Almost 10 years of Conservative Party rule—under Former Prime Minister Stephen Harper—have left Canada with a collection of legislation and policies that have damaged the freedom of our Internet. The outgoing Tory government introduced multiple bills that threaten privacy online and subject Canadians to warrantless mass surveillance—the most problematic of which is Bill C-51. Introduced in the wake of the Charlie Hebdo attacks, the CBC explains that the “secret police bill” allows individuals to be “arrested without a warrant if police believe the individual may carry out terrorist acts.”

Similarly, the outgoing government’s commitment to the Trans Pacific Partnership (TPP), the extreme secrecy of its negotiations, and the threats it poses to free expression online mean Canadian Internet users could soon inherit a legacy of damaging policies that will impact the future of the Internet.

So the election has set the stage for the Liberals to move forward and separate themselves from their Conservative predecessors. But what do Canadian Internet users really have to look forward to?

The outgoing Tory government introduced multiple bills that threaten privacy online and subject Canadians to warrantless mass surveillance—the most problematic of which is Bill C-51.

Mass surveillance and reckless information sharing are some of the biggest threats to the open Internet, and the Liberals voted alongside the Conservatives to pass these provisions and more, in Bill C-51. Throughout the campaign, the Liberals have promised to reform some of the most damaging pieces of this bill, although their plan for how to fix a piece of broken legislation that is flawed from start to finish remains unclear.

However, bringing C-51 back onto the national agenda for discussion and reform is imperative—and will mark a critical step forward to improve protections for Canadians’ digital privacy and security online. On this, Internet advocates must be vigilant when Justin Trudeau, Canada’s newly elected Prime Minister, takes power.

The Liberals will also inherit TPP. Thanks to Wikileaks, we now know that the partnership contains an Intellectual Property chapter with provisions that pose a serious threat to free expression online. These include 20-year copyright term extensions, new rules that would induce ISPs to block websites, and criminal penalties for the circumvention of digital locks.

While the Liberals have spoken out against the secrecy of the negotiations and promised a full and open debate on the TPP, they have yet to see the agreement’s contents. Hopefully, this new government will mean that Canadians will be allowed to see the contents of the TPP and understand its potential impact sooner than later—giving them the opportunity to have their concerns heard in a way that the previous Conservative government failed to do.

Finally, when it comes to affordable access to the Internet and mobile services, open Internet advocates will need to be prepared to speak out louder than ever before.

Analysts and industry experts are suggesting that the Liberals’ close ties to Canada’s Big Telecom providers (especially the Big Three: Bell, Rogers, and Telus) could mean Canadians will continue to pay some of the highest prices in the industrialized world for cell phone and Internet, unless open Internet advocates push the new government to take action.

To their credit, the outgoing Conservative government was not afraid of upsetting the country’s Big Telecom giants. While Conservatives made efforts to decentralize Canada’s telecom market, the Liberals have so far made no promises about ensuring fair rules for smaller, non-incumbent providers to provide Canadians with great choice and affordability.

A litmus test for the new government’s approach is right around the corner. Shortly after entering office, the Trudeau government will have to decide whether they allow unused, scarce wireless spectrum owned by telecom goliath Quebecor to be sold to the Big Three (who currently control over 93 percent of the marketplace) or block the sale and force Quebecor to sell their holdings to a smaller, independent provider—thus ensuring Big Telecom doesn’t get even bigger.

The Harper government was not afraid to block spectrum sales that would leave Canadians with fewer choices in the marketplace. As a result, Canadians will be watching the Trudeau government closely.

But overall, the biggest change for our digital policies could be the Liberals’ potential for engagement with policy experts and having open discussion on key issues. The Conservatives were notorious for their disinterest in engaging in conversation—most prominently around Bill C-51. In contrast, the Liberals have been much more open to debate and have a number of Members of Parliament with digital policy expertise, including returning MP Marc Garneau and newly elected McGill law professor David Lametti.

The next few weeks will be filled with intense speculation, as Cabinet positions are sorted, priorities are identified, and the party’s agenda becomes more clear. Although digital policies did not feature prominently within the Liberals’ platform, there are a number of issues that will be coming up that will make it difficult for them to avoid addressing our digital future.

It will be a long haul, and there’s still much work to be done. Together with a community of over half a million Canadian digital rights advocates, organizations like OpenMedia will do our best to ensure Canada’s Internet is headed in the right direction.

Josh Tabish is the Campaigns Manager at OpenMedia. He joined OpenMedia in 2013 and is passionate about helping those in the struggle for open communication systems. Before OpenMedia, he served as Coordinator with the Media Democracy Project at Simon Fraser University (SFU) where he organized the annual Media Democracy Days conference as well as the CounterCulture Speaker Series. He has also been involved in several grassroots media reform initiatives including the inaugural SlutWalk Vancouver in 2011.