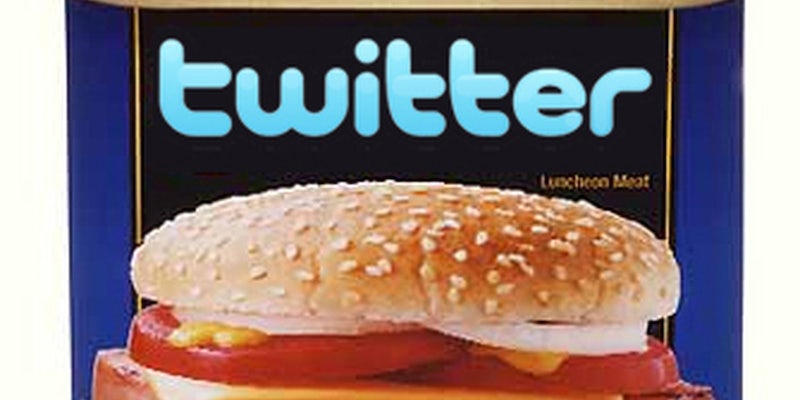 Here are some tips on ending unwanted tweets.

As Twitter grows, the number of spammers grows, too.

The San Francisco-based microblogging network, its community of users, and others are taking up arms in the war against spammers.

Twitter Inc. has a 30-person team set up just to deal with spam. They tweet daily at @safety to warn their half a million followers about new scams, like a recent one encouraging users to sign a fake petition to keep Twitter free.

In the meantime, there are several steps you can take to avoid spam. Former spammers, programmers and Twitter employees offer several suggestions.

Use Twitter’s “Report for Spam” feature.

When you find an account you suspect of spam, click the account’s username to get to its profile. Look for a silhouette-shaped button. Click that to open up a dropdown menu. Click on the “report for spam” button. That both blocks the account from appearing in your stream of tweets and reports it to Twitter’s spam team.

“That action does not necessarily result in an automatic suspension,” Carolyn Penner, a Twitter spokesperson, told the Daily Dot. “Rather, we combine reports from users with other spam signals and automatically monitor these reports for patterns of abuse.”

Twitter watches for false positives, too. An automatic suspension might result in the suspension of innocent users with enemies—or who accidentally trigger the alarm with a single tweet.

How effective is reporting spam? For this reporter, very.

I experimented with keywords to bait spammers into contacting me. Five bots diligently replied, and I promptly reported them. Within 24 hours, all but one were suspended.

Don’t give into temptation.

Even if the tweet looks personal, he said to watch out for strangers who claim to want to “see you again tonight.”

Go with your instincts.

Richard Eradus develops Twitter spam-prevention software for a living, but he said your most accurate spam sniffer is your brain.

“Trust your gut when you want follow someone,” he said. “Read through their tweets and see if there’s a pattern of sending out tweets that for example try to get you to sign up for a penny stock site,” he said.

Nobody can tell for sure which Twitter keywords spammers are currently monitoring, but you can take an educated guess after looking in your spam email folder. Viagra, iPads and easy money are all favorites.

Since bots are programmed to look for these words or phrases, take a look at your own tweets if you notice you’re getting an upswing in Twitter spam. Did you tweet about a hot new gadget or use one of Twitter’s most popular phrases? These keywords might be what’s luring the spammers to you.

As an extreme measure, keep your tweets locked.

Charles Hooper, a developer who ran an experimental spam bot, said his bot, and other spambots, are only able to skim public tweets. “If you have a protected/private account, you’re not likely to receive any spam at all,” he said.

The downside to this, of course, is that your tweets will only go to people who already follow you and will be excluded from any public search, so they won’t show up in a Daily Dot story.

You’ll also have to manually approve requests from new followers. That may end up being more work than blocking spammers.

Twitilla has helped users block 17,000 spammers since it was launched a year ago, said Richard Eradus, the program’s creator.

Twitilla’s algorithm examines a user’s follow-to-follower ratio, tweet frequency, and score on Klout, a service which rates influence across several social networks, not just Twitter, in order to identify spammers. However, Eradus keeps the scores flexible and believes spammers can be redeemed.

“The score is dynamic because there might be accidental spammers out there and they do need a chance to correct things,” he said.

In fact, there are accidental spammers. Pete Brand, a Michigan Web marketing specialist, knows that first hand. He became one and ended up writing  about his experience in a blog post, “Confessions of a Twitter Spammer.”

“I followed the main news feed and tweeted hundreds of time about my business to make sure it’d show up,” he told The Daily Dot. “I thought everybody else was in the same boat.”

Eventually Brand realized that this wasn’t a polite way to use Twitter, and figured it out before he was banned.

“I realized it was just like spam without the bots,” he said. Reformed, he now gives talks on helping people avoid spammers.

Getting the spammers to quit may be another matter altogether. After all, most people who begin spamming do it on purpose. And when they’re making money from it, it’s hard to get them to quit.