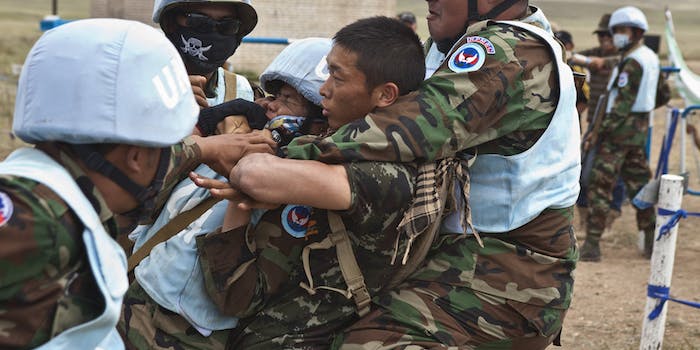 The Asian country is working on its first cyberlaw to crack down on those who  spread “false information” online.

In the interest of cracking down on “ill-willed people” who would spread “false information” online, the country is working on its first cyberlaw, a government official said Wednesday.

Cambodia has passed several laws restricting speech in recent years, including a 2010 provision that allows the government to seize computers when investigating speech-related crimes.

The Asian country, however, has traditionally enjoyed a relatively free Internet. According to a study compiled by Reporters Without Borders, Cambodia’s Internet freedoms are ranked above traditional democracies in Australia, France, and India.

In fact, Reporters Without Borders hasn’t recorded any Internet-related human-rights offenses since Jan. 2011, when a man was jailed for printing out a blog post that was critical of the government and showing it to two coworkers. He was convicted of violating free speech laws’ provisions against creating social unrest.

This new law seems designed to broaden those speech restrictions to include online criticism.

Ou Virak, president of the Cambodian Center for Human Rights, indicated that the Internet has been a valuable tool for oppressed Cambodians.

“We already see exposure of human-rights abuses going viral, like when the police are beating protesters,” he told the Phnom Penh Post.

A government spokesman said the law was necessary, however, to prevent dissidents from “spreading false information, groundless information that could tend to mislead the public.”

He added, “We need to control this.”