Meet the worst school bus driver of all time.

When I was in elementary school, we had a reckless bus driver named Ron. He took curvy roads at high speeds, let us run screaming up and down the aisle, and raced other buses at red lights. Looking back, he was probably semi-inebriated the whole time. How did he get away with it? Simple: Social media didn’t exist.

Fast-forward 20 years and you can read about a driver in Ohio’s Princeton School District who lost her job over an ill-considered (but objectively awesome) selfie posted online. The now ex-employee of First Student Bus Company, the nation’s largest biggest school bus service, appeared to be sipping a bottle of beer in the driver’s seat. Like you do. 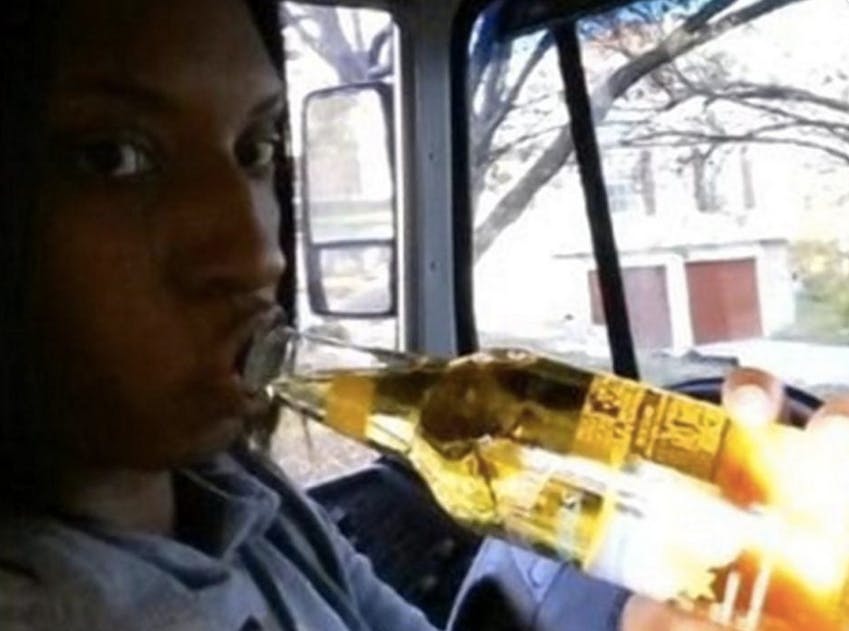 At the time the selfie was taken, the driver was at the end of her route, with no children aboard the vehicle. But that didn’t do much to help her case: Both First Student and educational authorities have launched investigations. “Our main concern is the safety and security of our students,” said district superintendent Ed Theroux, according to the New York Daily News.

On the plus side, unemployment leaves a lot of time for drinking.