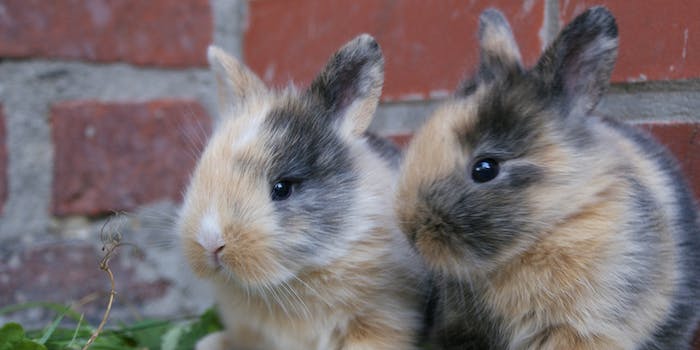 Local TV station WBIR of Knoxville, Tenn., decided to celebrate Easter in the traditional way: by having a pair of rabbits hump frantically on the news desk, much to the scandalized embarrassment of the anchors.

’Tis the season of fertility and renewal, so you can’t really fault these bunnies for doing what comes naturally. They may need a little more practice when it comes to copulation, though—there’s clearly some miscommunication about, er, alignment.

A masterful segue to the birth announcement there, but just for the record, rabbits are only pregnant for 30 days or so before the litter arrives. Then it’s time to start getting it on all over again. Nature! It doesn’t play by the FCC’s rules.