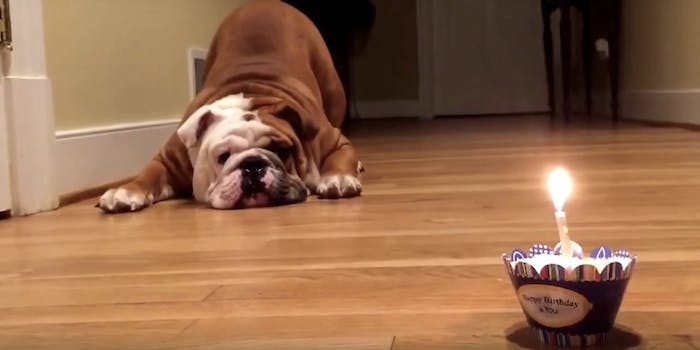 Bulldog is mighty suspicious of his birthday cupcake

Gotta be cautious when it comes to pastries.

A pooch’s birthday is a special celebration. But when Desi the bulldog was surprised with a cupcake for growing another year older, he wasn’t quite sure about the baked good right away. Instead of immediately chowing down on the treat, he jumps around in suspicion of the peculiar little thing.

Was he wary of he flame? Maybe the flavor (smokehouse cheddar bacon) wasn’t his favorite ? Or perhaps he just didn’t want to admit he was another year older. Whatever the case, we hope his birthday wish came true.