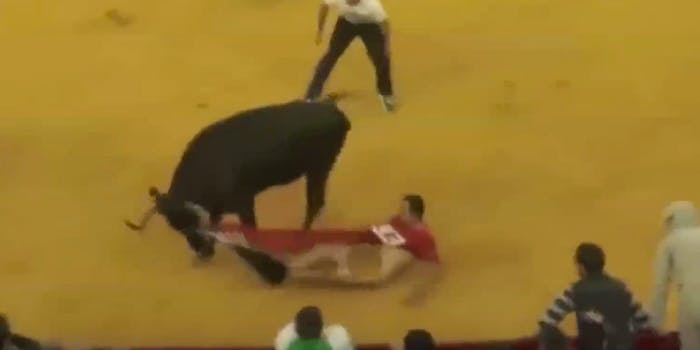 Image by Julian Robinson via dailymail.co.uk

Kindhearted bull rips man’s pants off instead of killing him

Antagonizing animals and then trying not to die is a longstanding, if somewhat confusing, part of human history—so it’s always nice to see the animal in question come out on top.

That’s exactly what happened in Zaragoza, Spain, when an angry bull ended up disrobing a man he no doubt would have preferred to disembowel. Somehow our hero manages to rip off the man’s pants and underwear without drawing blood, leaving the lucky idiot humiliated instead of dead. His friends quickly rushed in to distract the bull as the half naked man dove over a wall and into the laughing crowd.

It’s worth it to take a second look at this video, by the way.  Pay extra attention to the bottom right. 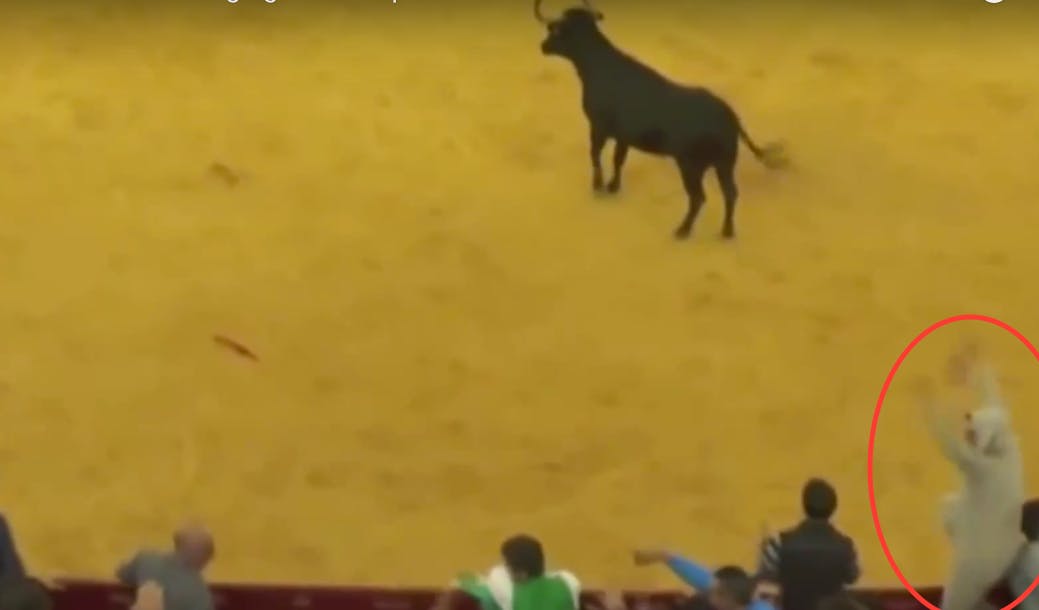 If a man in a full-body cow costume (complete with udders) is laughing at you, it might be a good time to take a long hard look at your life choices.