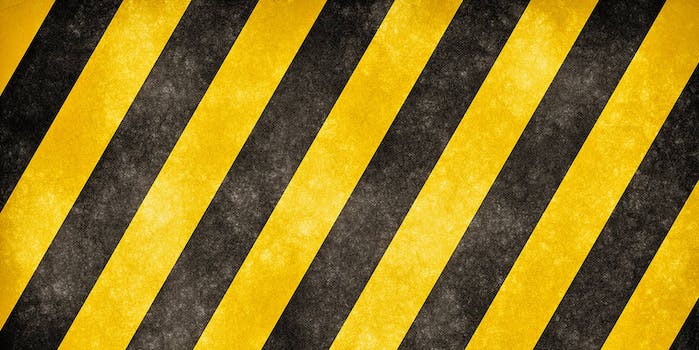 How to build a Twitter we can be proud of

Twitter has the ability to be a force for good in the world, but too often it becomes a tool for everyday violence and harassment.

Twitter recently put out a report detailing the state of diversity within the company, entitled “Building a Twitter we can be proud of.” The results were not particularly shocking, paralleling similar statistics not only in Silicon Valley, but the entire tech industry in general. It’s encouraging that Twitter seems to acknowledge that there is work to be done, because not only are efforts to improve diversity important to lessen the disparity in tech representation and pay between white men and everyone else, but they are also important to ensure that the diverse population of Twitter’s user base is able to feel safe using the site’s services.

For many women, LGBTQI individuals, and people of color, Twitter is a vital resource for networking, activism, and even just socializing. At its best, it serves as a democratic platform for discussion which allows marginalized individuals to amplify each other’s voices, interject themselves into a larger conversations, and carve a space in the prevailing discourse surrounding an issue. It gives voice to the voiceless, and collectively it gives legitimacy to individual grievance. Popular hashtags get media attention fairly regularly because the words of voices that would otherwise be ignored are amplified until they cannot be ignored.

Personally, Twitter has been useful not only in networking and promoting my work, but also in obtaining assignments—and even jobs. It’s very much tied to my livelihood, and I’m not the only one for which this is the case.

Prominent Twitter personalities like Suey Park have created a name for themselves and built a career on social media. So-called “hashtag activism” has brought about real life results and brought once-ignored perspective to the mainstream, illuminating issues that have long gone unexamined.

However, Twitter’s ability to elevate the voices of the marginalized often proves to be a double-edged sword. For example, my good friend (and fellow Daily Dot contributor) Samantha Allen recently spoke out about hiring practices in the video game industry that reproduced systemic inequality—in particular, the hiring of Dan Ryckert, a white man, as senior editor at video game website Giant Bomb. Word of her criticisms spread, and soon she found herself being harassed on Twitter relentlessly, even after she asked people to stop.

As the vile tweets attacking my friend rolled in, I felt powerless. I spent hours reporting individuals lobbing slurs and other incredibly hateful language at her. I was frustrated that the same accounts were allowed to continue harassing her for so long with impunity, no matter how many people reported them.

I have also received a good deal of harassment on Twitter. Almost as soon as others began to notice my tweets, I received a barrage of sexist slurs and rape threats for (admittedly snarky) tweets I had made about feminism and men taking offense to the idea of International Women’s Day. Any time 4chan got wind of something I said and decided to be outraged, which has happened repeatedly, I have received a deluge of hatred, including sexist and transphobic tweets.

Although at times I enjoy the experience Twitter provides and the opportunities it has given me, my time using it has been largely defined by awful things being said to me or about me— most of it attacking me on the basis of my identity as transgender or as a woman. In one case, an account whose entire timeline was dedicated to tweeting transphobic insults at me and re-posting pictures of me with insulting annotations carried on doing so for months, despite continuous complaints, until finally I was able to get in contact with a Twitter employee who graciously offered to escalate my complaint and eventually got the abusive user suspended. Although I had filled out countless reports of harassment, she (and apparently those whose job it was to handle such things) had been totally unaware of the situation.

These situations are not unique. Harassment on Twitter is an experience that many queer people, people of color, and women face every day, simply as a result of existing publicly as they are. I have seen them express the same sort of frustration that I felt in reporting harassment as well as the feeling that they did not matter. The general sentiment that I have encountered regarding abuse on Twitter was that it was not worth it to report, because the process was too difficult or time consuming, or they felt that Twitter simply did not care.

Those who were more optimistic felt that reporting harassment was important, but encouraged blocking accounts and reporting them instead for spam, because they felt Twitter was more likely to respond to reports of spam than reports of harassment.  I don’t know if that’s actually true, but the fact that so many people that I have interacted with think that is depressing.

When we are harassed and intimidated on Twitter and other forms of social media, we’re told to just step away and ignore it, as if even acknowledging the behavior makes us deserving of it. In other words, the solution is to bend to the will of those harassing us and willfully vacate public space and our own platforms. An infamous tweet from Tyler, the Creator predicated upon this attitude has been retweeted over 100,000 times.

Online harassment has real consequences, however, and it’s not something we can just ignore by closing our eyes. As Amanda Hess notes, this harassment is with us everywhere we go. It is part of being on Twitter, where our friends are, where we promote ourselves, and where we have every right to be.

Telling people to ignore bullying not only absolves the people responsible for the bullying of the responsibility to stop bullying, encouraging their actions, it is also ineffective, because those who bully and intimidate depend on an environment in which they can do so beyond reproach. Telling people to ignore their harassers online or in real life only enables harassment because it sends the message that it’s really not a big deal. It’s no wonder that those who are in a position to stop that harassment are less likely to respond when it is reported, especially when the people who are in that position are less likely to have experienced it.

I hope that Twitter is sincere in its commitment to make the platform a place we can be proud of. Speaking as someone who uses the service every day, I would love for it to be a positive experience for everyone. I would love to have more peace of mind knowing that at the least there are people who would sympathize with me if I needed Twitter’s help dealing with abuse. I would love to feel confident knowing that more people at Twitter were aware of what it’s like to be pushed out of public space simply for who they are.

Twitter needs to understand the severity of the abuse its users can receive and took proactive efforts to combat it. If the company follows through on its goals and listen to the insight that a diversity of perspectives brings, then Twitter has an incredible opportunity to lead and to serve as an example for all forms of social media. Until then, I’ll keep my block button at the ready and hope for the best.

Kat Haché is a transgender woman, artist, and writer from East Tennessee. She is passionate about transgender issues and is an ardent feminist. She enjoys retro video games, Internet culture, ukulele and coffee in copious amounts. She tweets frequently at @papierhache.