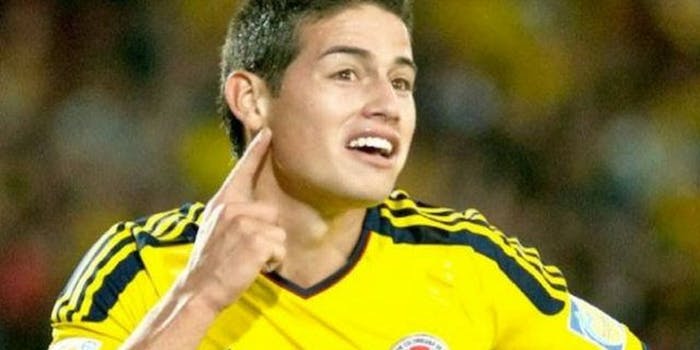 Just who is that bug?

In the most Brazilian thing to ever happen to anyone, Colombian soccer player James Rodriguez scored his World Cup-leading sixth goal in yesterday’s heated quarterfinal matchup against Brazil, only to be greeted by an enormous insect on his arm during the celebration.

The insect, we assume, is charged with protecting Brazil’s national passion, football. But it’s not the only bug making TV appearances during the World Cup.

American ESPN reporter Jeremy Schaap was greeted by a similar swarm of green monsters at the beginning of the tournament.

The Brazilians, who have lost several key players to injury, can always call in these winged beasts as substitutes. And if they don’t win the Cup, a few billion of them are on standby to be unleashed on the world.

Or maybe that’s an Alfred Hitchcock movie. I forget.

Photo via Calcio Streaming/Flickr (CC BY 2.0)