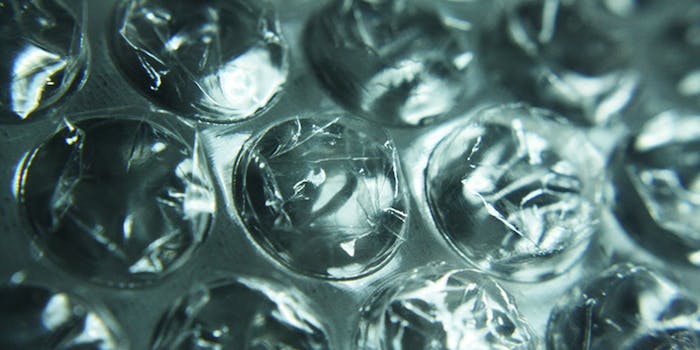 The Bubble Wrap bicycle is the most useless and endlessly entertaining invention since toilet golf.

The Bubble Wrap bicycle is the most useless and endlessly entertaining invention since toilet golf.

The invention is the brainchild of magician Eric Buss, who combined the childhood fun of popping packing material and the ease of riding a bike. The hilarious contraption features a massive roll of Bubble Wrap mounted on the front of a bicycle that unwraps as you ride it.

The above GIF was created using a video Buss posted on YouTube Saturday. It has since collected 452,000 views.