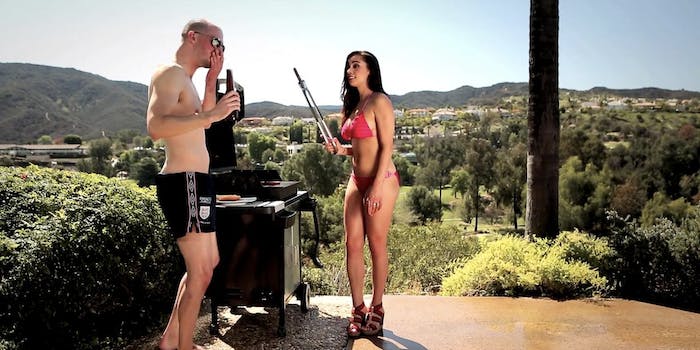 You don't even want to know what it looks like they're doing once bubbles get involved.

Of course, the strategically placed bubbles make the action look, um, a lot less innocuous than it actually is, so don’t watch this in front of your boss or your kids, unless you have a very cool boss or a very open relationship with your kids. And yeah, probably not even then.