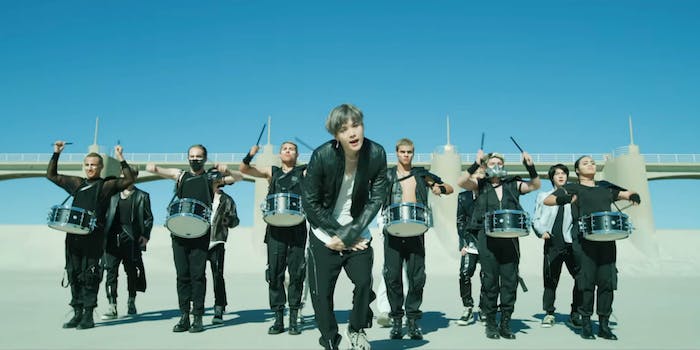 Did BTS fans really cause TikTok to crash? (updated)

TikTok now says the link to the song was broken. It's now fixed.

BTS is the first musical act to debut new music directly on TikTok, and many thought that the overload of fans crashed the app.

But it was apparently simply a broken link, according to a TikTok spokesperson who spoke to Vulture.

On Thursday evening, the Korean pop group teased the single “On” from its latest album, Map of the Soul: 7, and outlets reported that the app crashed minutes later. “A link to the track needed to be updated on the backend,” according to Vulture—which is now fixed.

Meanwhile, BTS fans kickstarted the #ONchallenge and created content from the 30-second snippet and the rift in the TikTok-Twitter continuum.

BTS also apparently made history with pre-orders of the new album, which is out today. A new music video already has more than 17 million views.

Update, Feb. 21 1pm CT: The article was updated to include statements from TikTok on the song’s broken link.