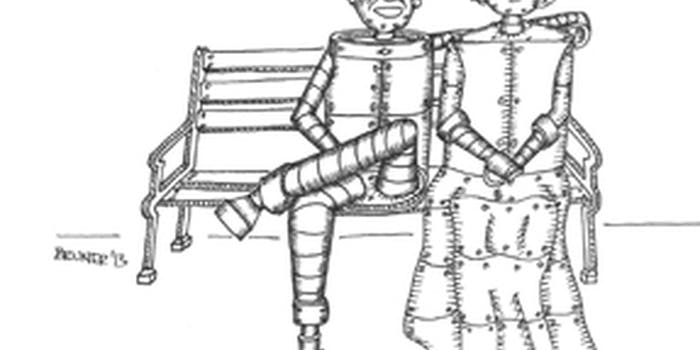 How a comedian quit smoking by drawing robot comics

Illustrator and aspiring comedian Bryan Bruner's drawings of robots landed him a job illustrating an anti-smoking comic. The catch? He had to quit smoking himself.

TaskRabbit is an e-commerce website where you’ll find people to perform small tasks like removing decorations and pet sitting in exchange for money. And if you’re aspiring comedian and illustrator Bryan Bruner, you’ll also find a reason to quit smoking.

Bruner, 36, was hired through TaskRabbit in April to assemble some Ikea furniture at the home of the marketing director for Healthline, a website that provides tips on health topics ranging from addiction to pregnancy.

“We started chatting and I showed her some of my robot drawings and she said, ‘These are really good,'” Bruner told the Daily Dot. “About three weeks later I got a call from her telling me to come to her office to talk about an idea.”

The idea was to use Bruner’s illustrations in a 21-page comic featuring robot Ash Bender on a journey to quit smoking. The only catch was that Bruner would also have to quit smoking himself.

“I was like, no, you guys are a pain in the butt to work with and I’m going to smoke even more now,” Bruner recalled. 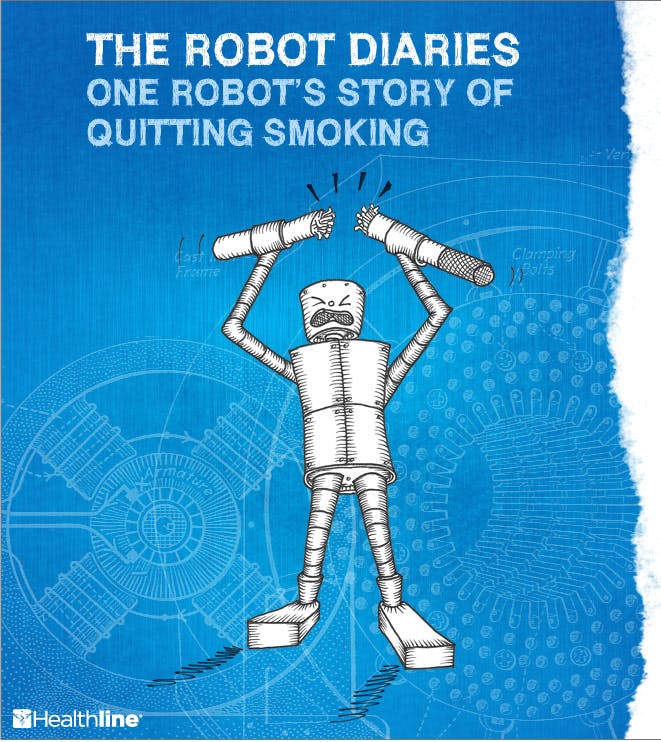 Bruner finally came around shortly after New Year’s and has since been smoke-free for about a week. In order to cope with the withdrawal, Bruner is encouraging others to quit by tweeting photos of themselves via Instagram using the hashtag #smokingrobots. Bruner will be selecting photos from Twitter through the rest of the week and turning them into robot illustrations (like the one he did for the Daily Dot, below).

“I definitely feel more energetic even though I haven’t done much,” Bruner said. “Usually my house is a messy place but now it’s like tweaker tight. Instead of just going outside and smoking a cigarette, I”m cleaning, mopping up. It’s amazing when you fuck with the oxygen content in your blood, how much that changes you.”

After 19 years worth of smoking and life, Bruner has changed a lot.

“When you’re the first born, it is already intense. You’re the prototype,” Bruner said. “My parents were really strict and I guess smoking was my sort of rebellion.”

Bruner started smoking at the age of 17 and never looked back. After high school he moved to California to play college volleyball but ended up back in Vegas shortly after. He tried graphic art at a local Las Vegas college for about two semesters, but ultimately quit to become a construction worker, a foreman, and “the next thing you know, I’m running parts of a big company all before I was 30.” 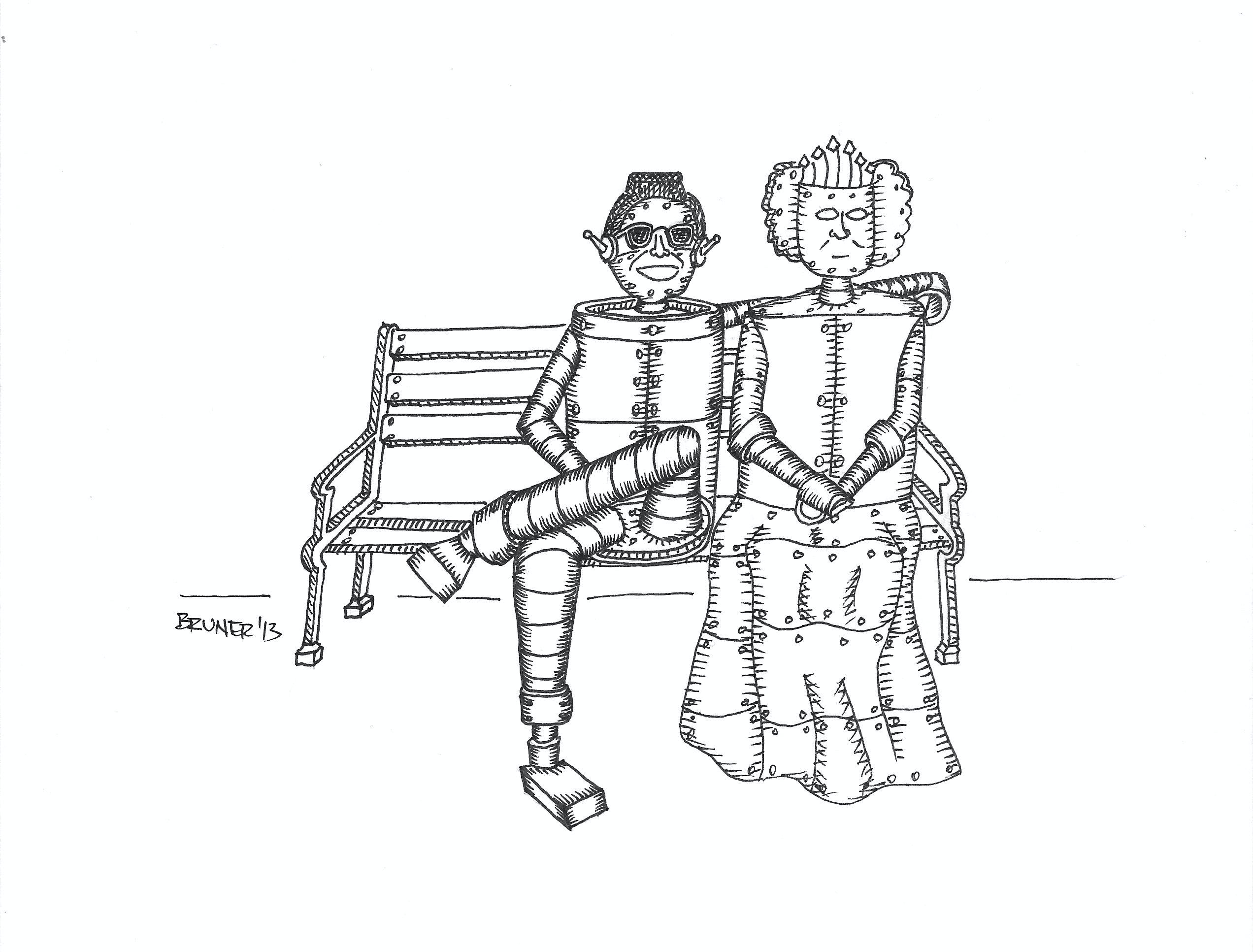 In 2008, Bruner sold his car and possessions and moved to New York to try his hand at stand-up comedy while staying on his manager’s floor. While waiting for his sets, he would doodle to help fight the anxiety and panic attacks. Little did he know these doodles would ultimately help him quit smoking and probably save his life.

“[Smoking] was definitely not a smart decision,” Bruner said. “I think, it’s more of a testament to what these damn robots have done for me. They’ve gotten me through a really hard breakup, relationship, and helped me quit smoking. All these robots need to do is help me make $10 and I’ll be happy.”