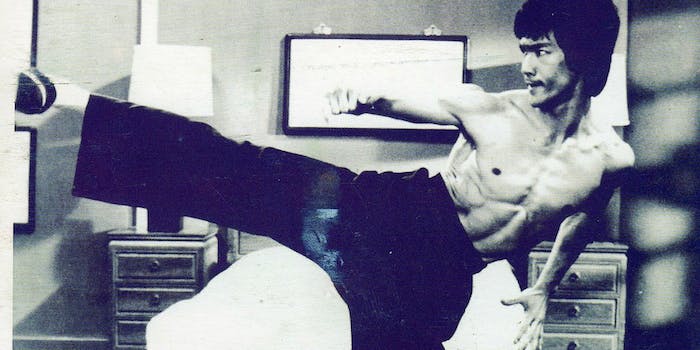 This little boy is an impressive martial artist.

Bruce Lee is widely considered to be one of the world’s most influential martial artists, but once this 5-year-old kid grows up, he might usurp the master.

In this clip, Ryusei, a talented martial artist from Japan, recreates Lee’s nunchaku fight scene from the 1972 film Game of Death, during which Lee’s Billy Lo battles rival Pasqual.

The child impressively nails every bit of Lee’s movements, from swinging the nunchakus right down to the facial expressions. He’s even wearing his own yellow and black jumpsuit.

At this rate, Ryusei will be starring in his own martial arts films any day now.

Photo via mateoutah/Flickr (CC BY SA 2.0)