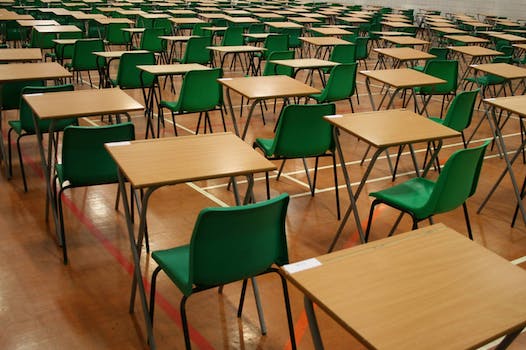 U.K. teens are currently taking the GCSEs, national exams they’ll need to get jobs and get into colleges. And, as if that’s not enough pressure, many are saying the biology GCSE went totally off the rails with inappropriate questions that had nothing to do with what students were expected to study.

According to the Telegraph, an unprecedented number of students complained on social media that the exam asked a question about 15-year-olds’ favorite alcoholic beverages, another about drunken rats, and a third about “independent businesses.”

The questions themselves aren’t public, but, in a strange echo of the memestorm sparked by unusual material on the American PSAT last October, the widespread griping on social media is enough to provide an idea what the kids were asked.

I have a feeling I won't be needing the aqa science revision guide after that aqa biology exam #aqabiology pic.twitter.com/4UImMJsLrt

I revised to bloody hard for the agar jelly question but instead had a question about drunken rats… Thanks aqa!! #aqa biology

There’s even a Downfall “Hitler Reacts” meme—ask someone 30 or older—about the exam that’s going modestly viral:

Meanwhile, several petitions have sprung up, demanding either that the grading scale be lowered for biology, or an apology and explanation for the “unacceptable” question about underage drinking preferences. Tens of thousands of people have signed.

It seems no apology is forthcoming, however.

AQA, the firm that produced the test, sidestepped the allegations that the test was inappropriate and shifted the blame to the students.

“Exams aren’t meant to be easy and students are obviously going to tweet about that, but there was nothing wrong with this paper. We wish everyone the best of luck with the rest of their exams,” AQA said in a statement.

Best of luck indeed. With the chemistry exam coming up this week, it sounds like the kids are going to need it.