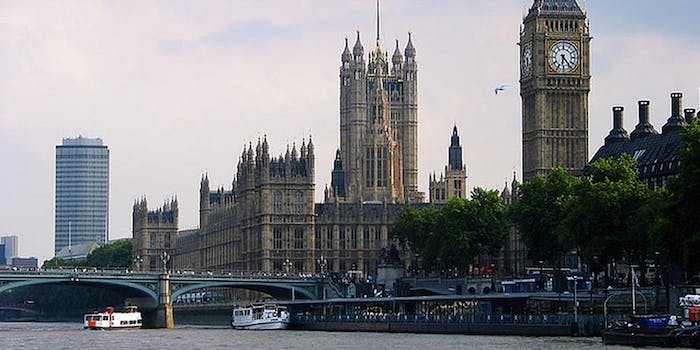 U.K. copyright laws are about to get a lot less strict

It is no longer a crime for people with disabilities in the U.K. to duplicate copyrighted materials, and soon that could be the case for all British consumers.

Major changes are afoot within the world of British copyright law, as the U.K. tries to adapt to the nature of media in the 21st century. Starting this week, British citizens with disabilities that keep them from using certain types of media are allowed to translate copyrighted materials into accessible media forms and publish it when there is no commercial alternative available.

A common example of this would taking a book and translating it to Braille, or recording it as an audio book so that the blind or visually impaired might enjoy it.

“The exceptions coming into force today will bring a range of benefits to a wide range of groups,” read a statement from British government. “Disabled people and disability groups can now make accessible copies of copyright material (e.g. music, film, books) when no commercial alternative exists.”

The movement to carve out copyright law exceptions for accessibility is one that has been gaining momentum around the world. Last year, 51 countries signed the Marrakesh Treaty to establish an international standard of copyright exemptions for people with disabilities.

But another, even bigger change is on the horizon for British copyright law. The government wants to allow consumers to start being able to make private copies of media for personal use without breaking the law.

Under current U.K. law, it is still illegal to copy many copyrighted works, even if the intent is not to distribute. The government, however, wants to loosen this law so that consumers can make private copies for the purposes of backing up digital media or converting to a different format.

“The changes will mean that you will be able to copy a book or film you have purchased for one device onto another without infringing copyright,” said the U.K.’s Intellectual Property Office (IPO), according to TorrentFreak.

Pending parliamentary approval, revised British copyright would allow users to rip CDs and DVDs or backup MP3s to online storage providers without the potential for legal consequences. However, doing these things for the purpose of sharing with other Internet users will still be illegal.

Suffice it to say, many publishing companies aren’t thrilled with the direction the U.K. is moving on this issue. But government studies suggest that the impact these changes will have on copyright holder will be minimal. At the same time, firms and services that specialize in helping people make private media copies are expected to generate £31 million under the revised regulations.

“This measure will benefit technology firms by removing barriers and costs and improving entry to technology markets which rely on consumers being able to make private copies,” the IPO predicts.