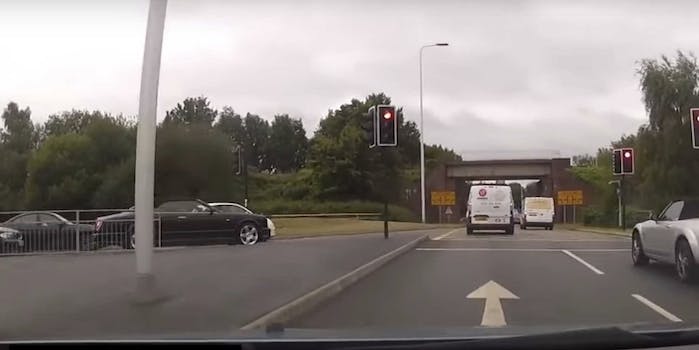 As anyone who has traveled the great highways and cramped suburban streets of America can tell you, road rage is no joke. We have a diagnosable anger problem in this nation, and nowhere is that more evident than on a road we’re meant to share with our countrymen.

But in the United Kingdom, road rage is hilarious. Why? Because the drivers are British, and they swear so… Britishly. Bet you can’t make it a minute into this (NSFW) compilation without laughing at some poor bloke shouting “you knobhead!” at a lorry driver who cut him off.