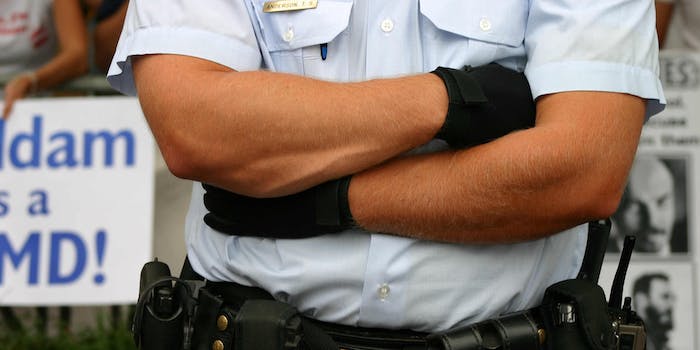 It’s time for the FBI to prosecute Gamergate trolls

If someone threatens to murder you on the Internet, the odds are all but certain that law enforcement will do nothing.

I need to tell you something terrifying. If someone threatens to murder you on the Internet, the odds are all but certain that law enforcement will do nothing. It doesn’t matter who you are, it doesn’t matter how serious the threats are. Help is not coming.

I should know, I’ve had 49 death threats in the last six months. My name is Brianna Wu, I’m the head of development of Giant Spacekat. We are a team of mostly women that make story-based games. Since October, I’ve been targeted relentlessly by the hate group known as Gamergate, a mob of extremist fringe gamers hellbent on silencing prominent women in the game industry.

As my dog Crash was dying in December, Gamergate sent me pictures of mutilated puppies and kittens to emotionally terrorize me. They threatened to detonate bombs at PAX East if I attended. When I speak at colleges, I look under the stage with a flashlight. Between Zoe Quinn, Anita Sarkeesian, and myself, they have sent hundreds of specific, violent death threats.

If someone threatens to murder you on the Internet, the odds are all but certain that law enforcement will do nothing.

Even more disturbing than the threats is the reaction from law enforcement, which has been nothing. Justice for all does not apply when women use the Internet.

That may be about to change. My Massachusetts house representative, Katherine Clark, has had enough. A former prosecutor who has dealt with domestic violence cases, she heard my story and wondered why nothing had been done. Recently, she held a meeting with the FBI, trying to assess how seriously they were taking my case.

Her message for law enforcement is clear, “The FBI needs to make Gamergate a priority.”

The hate group Gamergate exploded in the national consciousness in October when they made threats against me that went viral. This group promising to restore ethics in game journalism vowed that my dead, mutilated corpse would be on the front page of Jezebel. They swore that I would be choked to death with my husband’s severed genitalia. Gamergate is so infamous that they’ve even made a Law and Order: SVU episode, “The Intimidation Game,“ where a character based on me, Sarkeesian, and Quinn that is kidnapped and sexually assaulted. The most surreal moment of my life was seeing a character based on me get my same death threats word for word.

Here’s what the public doesn’t know about this threat. I know who sent it to me. The Saturday after this happened, I was contacted by an extremely credible source. Their voice shook with fear as they told me this person was “fucking psychotic.” They told me they were terrified and hoped law enforcement would act quickly for their safety and mine.

I know the name of the man that sent me the “dead mutilated corpse,” threat. I have specific information about this man’s location police can use to prosecute him. I contacted the FBI with this information the Saturday after these tweets went viral, expecting a quick arrest.

Justice for all does not apply when women use the Internet.

But nothing happened. That was six months ago. Their continued inaction is absolutely unacceptable.

On my hard drive sits this case and five others like it, all meticulously documented. All with names, all with ample evidence for prosecutors to act on. I’ve repeatedly sent this information to law enforcement. There’s an entire employee at my company whose job it is to document these threats and respond to requests from law enforcement.

A look at the statistics on online harassment is depressing. Legal expert Danielle Citron has documented only 10 cases of law enforcement prosecuting cyber-stalking between 2010 and 2013. That’s out of 2.5 million estimated cases, according to Department of Justice statistics.

This isn’t a situation where we need new laws passed. According to Citron, the laws are very clear here. It is a crime “to transmit threats of bodily injury in interstate commerce.” The problem is that law enforcement has no idea how to react to these crimes.

I now know more police officers that work in Arlington, Mass., than I do people that live on my block. They’ve been extremely polite and professional when I contact them with threats, but it’s also clear they’re not in a position to act. Many do not even know what Twitter is or what an IP address is. And, to be fair, local police are understandably focused on keeping local order.

That leads to the question: Whose job is it to prosecute these threats? As a former prosecutor, Rep. Katherine Clark seems to feel this is the jurisdiction of the FBI. But among the FBI’s 15,000 agents that are funded through your tax dollars and mine, there doesn’t seem to be any division specifically tasked with prosecuting these crimes.

There should be. Gamergate has grown into a hate group that threatens the stability of the $60 billion a year game industry. They stopped the women of my company, Giant Spacekat, from showing our upcoming game Revolution 60 at PAX East.

The problem is that law enforcement has no idea how to react to these crimes.

The FBI is tasked with prosecuting domestic terrorism. Tech journalist Peter Cohen quite correctly called the actions of Gamergate “emotional terrorism,” the idea being to intimidate, bully and silence anyone speaking out for diversity in games until they quit. It’s a playbook they’ve run on countless women now.

After Representative Clark met with the FBI, she called their reaction “disappointing,” but there’s a glimmer of hope on my side. Since that meeting, the FBI has massively stepped up communication with me. They tell me to be patient, as these cases take time to build.

Prosecuting Gamergate is not about justice for me or the women of Giant Spacekat. It’s about introducing consequences into the equation for men that treat harassing women like a game. In Grand Theft Auto, if you threaten to murder someone, police will pursue you, you’ll get “busted,” and lose $100.