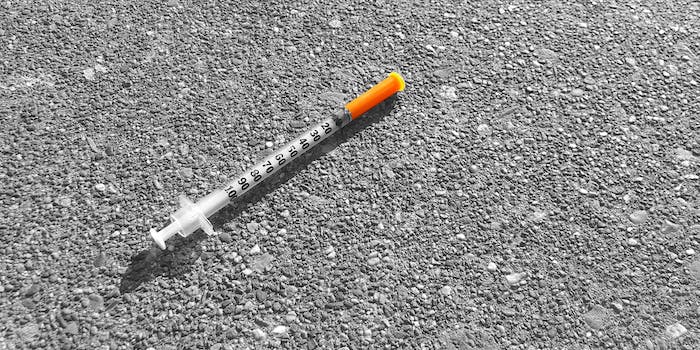 Brian Krebs reported on the Deep Web, and all he got was this lousy package of heroin

Brian Krebs has an exceptionally long list of enemies. As one of the most widely read cybersecurity journalists on the Internet, his in-depth investigations have a tendency of kicking the wasp’s nest of cybercrime. Sometimes, Krebs gets stung.

One particularly elaborate attempt at a sting arrived in his mailbox yesterday.

Someone just sent a gram of heroin to my house via the silk road c/o USPS. Now that’s fan mail! More info in a blog post later tonite.#epic

Krebs, who worked at the Washington Post before casting off in 2009, alleged that the mastermind behind the delivery was a Russian fraudster known as “Fly.”

Fly is the administrator behind “thecc[dot]bz” which Krebs describes as “ an exclusive and closely guarded Russian language board dedicated to financial fraud and identity theft.”

On July 14, Fly hatched the plan and posted a new forum discussion thread titled “Krebs Fund,” in which he fundraised more than two bitcoins (currently $205 U.S.) with the goal of purchasing heroin in Krebs’ name from Silk Road, shipping it to his address, alerting the police, and watching chaos reign.

“Guys, it became known recently that Brian Krebs is a heroin addict and he desperately needs the smack,” Fly wrote, “so we have started the ‘Helping Brian Fund’, and shortly we will create a bitcoin wallet called ‘Drugs for Krebs’ which we will use to buy him the purest heroin on the Silk Road.  My friends, his withdrawal is very bad, let’s join forces to help the guy! We will save Brian from the acute heroin withdrawal and the world will get slightly better!”

This is not the first time Krebs has been targeted for his work. Attackers (or, as Krebs calls them, “fans”) have sent armed SWAT teams to his home, opened up a $20,000 line of credit, paid his bills with stolen credit cards, sent donations to his site from hacked accounts, successfully took his website down with distributed denial-of-service attacks, and used his name to promote viruses.

This time around, Krebs was ahead of the game. He had already established a presence on thecc[dot]bz. When Fly began to fundraise, Krebs saw the post immediately and notified the FBI, as well as local police, well in advance of the package’s arrival.

The idea behind the revenge heroin delivery has attracted a bit of praise.

“Apply to fortune 500 CEO’s and politicians and we’ve got something going on,” wrote AutismHour on Reddit.

On Twitter, Fly initially begged to differ with Krebs’ version of events.

“He made it up,” he wrote earlier today. “Do not listen.”

Fly then linked to a Russian media news story about Krebs’ delivery.

One plot foiled, another loaded and ready to go.