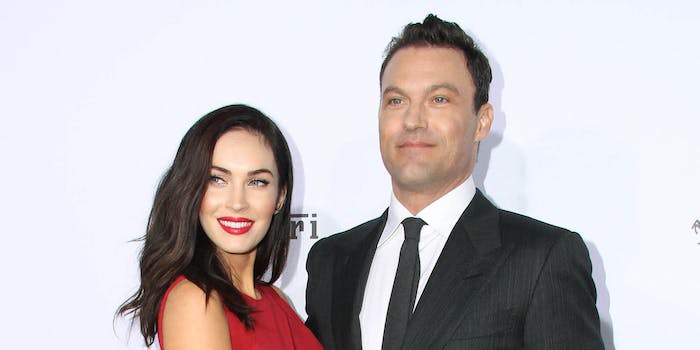 In the most recent episode of his podcast, Austin Green said he wanted to “clear the air” and give context around the rumors that have been flying about their relationship.

“Then that’s it,” he said. “I don’t want to have to talk about this anymore.”

He said things began to unravel after Fox left the country for nearly six weeks for a film she was shooting. When she got home, he said he felt like their relationship was distant.

Austin Green said the couple had a conversation in which Fox said she felt more like herself and happier when she was alone and that it, “might be something worth trying for me.”

“I was shocked and upset about it, but I can’t be upset at her,” Austin Green said. “It wasn’t a choice she made. That’s the way she honestly felt.”

The couple decided to live in two different houses to give distance a try. But after a couple months, Austin Green said he realized that things “didn’t really change from there.”

That’s when he realized that his relationship of 15 years was likely coming to an end.

Fans have been suspicious about the relationship for a while, especially when a paparazzi photo surfaced of Fox and singer and rapper Machine Gun Kelly. Fans thought it was odd, but curiosity grew when Austin Green posted a cryptic photo on Instagram for Fox’s birthday.

“Eventually butterflies get bored sitting on a flower for too long,” Austin Green wrote in the caption. “They start feeling smothered. It’s a great big world and they want to experience it.”

The actor said he and Fox are both trying to make sure the transition after the divorce goes as smoothly as possible for their three kids.