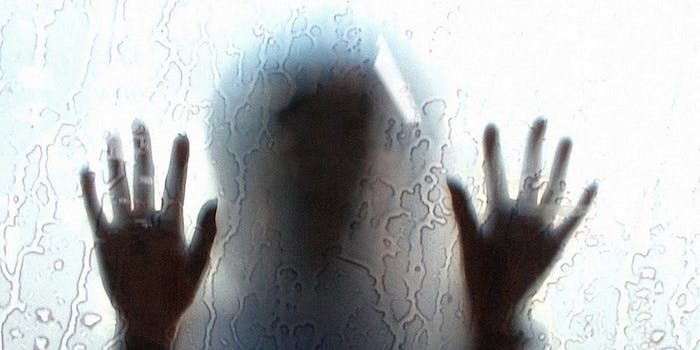 You know what? I would rather be ghosted.

When US Weekly broke the news that Charlize Theron had ended her relationship with Sean Penn by simply not picking up the phone, the Internet went crazy. The response to a New York Times roundup of ghosting stories was so overwhelming that the paper published a separate collection of readers’ reactions in a separate article, with responses ranging from claims that ghosting was “worse than death” to ghosts themselves who boldly declared that they “regret nothing.”

The ghosts and the ghosted ranged from friends to couples who had been married for decades, but each case shared the tell-tale sign of a ghosting: an abrupt, unexpected cessation of contact that persists even when paths cross again. Despite a collection of stories that point to ghosting as a safe exit from abusive situations, the general consensus seems to be that ghosting is pretty much a dick move.

But you know what? I would rather be ghosted.

Let me give you some context: I was ghosted by a longtime crush one summer in the tumultuous gap between high school and college. During my last few years of high school, we would log onto Facebook after dinner every night, trading music and sharing confessions. I felt hopeful—sometimes even certain—that I was on the path to a more serious relationship.

Each case shared the tell-tale sign of a ghosting: an abrupt, unexpected cessation of contact that persists even when paths cross again.

One weekend when he was home from college for the summer, we made plans to hang out, and I decided that it was finally time to confess my feelings for him. But the day rolled around and my text about the time and place went unanswered. The silent weekend turned into three months of full-fledged ghosting.

Facebook became a maddening prison. I would see the green dot light up next to his name, only to vanish again as he logged off the computer to go who knows where, to hang out with friends I would never know or travel to places I would never see. Every tweet or Instagram photo that related news he would normally share in person cut like a knife. Like many of the New York Times commenters—and presumably Sean Penn—I was sure that ghosting sucked.

But what if ghosting could be a merciful alternative to ugly, unproductive confrontation?

My feelings about ghosting changed recently, in the aftermath of a falling out with my best friend of 10 years. We had experienced everything together, from the horrors of orthodontics in middle school to the exhilarating freedom of backpacking through eastern Europe in our early twenties. Our relationship ran so deep that mutual friends asked how I was doing, they almost always asked about her, too. We are two very different women, but at times, our stories were so tightly woven that it felt as though we shared one mind and heart.

Everything changed on a post-graduation trip to the beach. With emotions running high after the milestone, wires were crossed and the miscommunication played out in a series of increasingly awkward events. The specifics of our disagreement ceased to matter, and more sinister feelings of betrayal took root as the events themselves were eclipsed by a more complicated bitterness that I will likely never understand.

In the six weeks of near-silence that followed the ill-fated trip, our misunderstanding grew into an ever-widening chasm that ultimately erupted into Facebooked paragraphs that called the long story of our friendship—and my character—into question. By the time I finished reading nearly a dozen paragraphs that revised our history into something unrecognizable and strange, I knew our friendship was over.

Facebook became a maddening prison. I would see the green dot light up next to his name, only to vanish again as he logged off the computer to go who knows where, to hang out with friends I would never know or travel to places I would never see.

Although I believe my friend began writing in an attempt to gain closure and explain her feelings, the message that resulted took on a life of its own in print. Her message made it clear that she considered reconciliation impossible, even as the insults leveled against me begged for a response. In the end, there was nothing I could say. No matter which way I looked at it, I couldn’t turn the conversation into something productive.

This is where the benefits of a merciful ghosting come in. According to Psychology Today, venting is most effective when it can restore your equilibrium. A Dear John-style monologue might promise the opportunity to get ugly feelings off your chest, but a breakup rant that rattles off accusations can only deepen wounds. The parallels between venting and a confrontational breakup run deep, particularly when you find yourself wanting to impose a version of events that exclude the other person’s perspective.

In situations where reconciliation seems impossible, ghosting eliminates unproductive explanations that are not open to further discussion—because by definition, when you ghost someone, nothing happens at all.

The other charge often leveled against ghosting—that it deprives us of any closure—takes a narrow view of the subject. In the case of the boy who ghosted me, we did eventually reconnect (and date for over two years). When we finally discussed the unfinished business that had been haunting us, I learned that it was his insecurity—not my personality—that had caused the gap in our communication.

By the time we reconnected, the worst of the hurt feelings had fallen away. Our conversation yielded new insight into each others’ lives—because he was ready to apologize and explain what he had been experiencing at the time. Ghosting saved our friendship, and by the time we ultimately parted ways, I knew him thoroughly and didn’t have to guess at his motivations.

If you worry that it’s too late to save a relationship, write up all of your angry feelings and then delete them. Say goodbye, and then ghost away until you’re really ready to find closure through a calmer conversation. The memory of your anger will fade away like a whisper of ectoplasm in the night, and someday peace will become possible.

Michelle Delgado is a freelance writer currently living in Virginia. Lover of sci-fi, ice cream, and Elliott Smith. Often mistaken for a vegetarian. Hang out with her on Twitter @delgadia2015.

Photo via picadillywilson/Flickr (CC BY 2.0)