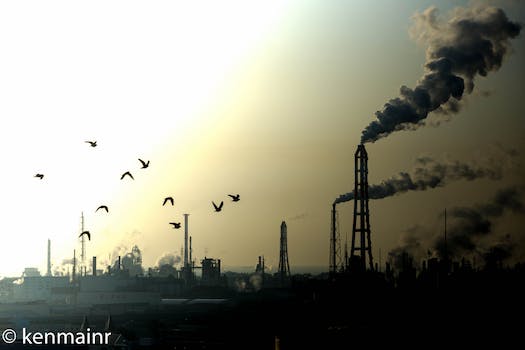 How to break up with Apple’s abusive labor practices

We need to stop being shocked by Apple's worker abuses and do something about it.

Yet another report has revealed gross labor violations at a Chinese facility where Apple components are manufactured. Workers endure heinous conditions at Catcher Technology, Ltd., which supplies parts to companies other than Apple as well.

Notably, conditions this year are actually worse than last year, when a round of almost identical headlines on the subject shocked people in the U.S., who seemed genuinely astonished to learn that their tech came with a side of exploitation. Apple has been fighting allegations of unfair labor practices for years, and yet every single time a new report is unveiled, people act shocked all over again about the revelation that Apple and its supplies mistreat workers in nations like China and India. How can the West break the cycle?

Apple, of course, isn’t the only offender. Dell, Samsung, and almost every other major tech company has been fingered for labor abuses at its facilities around the world. In Brazil, for example, the government actually sued Samsung over its labor practices, and Dell dealt with accusations of its own last year in China. The maintenance of toxic and abusive working conditions seems to be par for the course for the production of hardware, and everyone in the tech industry is complicit, including consumers.

Why are people who surprised when labor violations are revealed? A complex web of emotional and cultural factors are likely involved, as the issue of labor abuse is one that many have trouble grappling. Many products the West relies on daily are produced by exploited labor; not just technology but also textiles, durable goods, and more. To face these violations, or to be reminded of them by shocking events like the terrible Rana Plaza collapse, is to be reminded that Western lifestyles are heavily contingent on the labor of people in other nations. It’s also discomfiting.

Companies do business overseas because they’re provided with a number of incentives to do so—foreign governments offer them tax breaks and other benefits. For example, labor costs are low, and workplace laws are typically much more lax. This allows them to radically cut down production costs (even when factoring in shipping), increasing their profit margin. This is precisely what companies with a duty to shareholders are supposed to do.

But what about an ethical duty to members of the public, as well as society in general? When companies are exposed to the West for poor labor practices, their reaction often involves the formulation of a pledge to set a code of conduct, inspect manufacturing partners, and enforce corporate standards for working conditions. This seems to mollify members of the public, who return to complacency about the work environment that surrounded the products they love to use, until the next report detailing horrific conditions comes out, beginning the cycle all over again.

While the West could decisively break the cycle and force radical changes in labor practices and workplace conditions, it appears reluctant to do so. This may be the result of the desire to remain in a state of willful ignorance, but it may also be tied with racism and distance; though sweatshop labor is also used on U.S. soil, these are issues affecting laborers far away, who come from different racial backgrounds. For white Westerners, the issues at Apple might seem like an abstraction, while for other workers and activists on the ground, they are very real.

China Labor Watch reports that an undercover activist who obtained a job at Catcher was able to compile evidence demonstrating that working conditions were worse than the previous year. The evidence also shows the company clearly violating Apple’s stated Supplier Code of Conduct: Workers are forced to report for overtime. They experience “punitive wage deductions” when they don’t perform and work excessive hours while standing. Workers also don’t get proper health and safety training, forced to lie on forms saying that they have, and aren’t supplied with protective gear. They are also exposed to considerable metal dust and debris in workshops and often work in locked facilities, while receiving no protections if they are underage.

For employees who want to report these abuses, they lack a functional way for filing grievances, cannot form a union, and have no work and safety committee. These folks even have to buy their own water for drinking and showering.

The workplace sounds nightmarish, between the environmental pollution, tight quarters with smoking workers, and inability to open the doors. It’s also a huge safety hazard, given that workers don’t receive fire drills or advance training for deals with emergencies. Apple could be lining up for a major labor catastrophe that would catapult it into headlines in all the wrong ways. With the firm facing major new product releases today, this is not the time it wants to be drawing attention for labor abuses, and this well-timed report is drawing journalistic attention away from the latest gadgets and on to the people who made them.

Apple keeps relying on abusive labor conditions because the company can get away with it. Executives and personnel know that in the wake of reports like this one, a momentary furor will erupt, people will call for action and concrete change, the company can issue a comforting press release and promise to inspect factories more carefully, and then business as usual will resume. This pattern is so familiar that Apple officials likely already have a phone tree set up for the eventuality of such reports.

This makes the exposure of labor violations seem, at times, futile. If it’s never going to have a meaningful result, why should labor rights organizations continue investigating companies to see what goes in to the production of their goods? The short answer, of course, is that human rights violations like these need to be exposed as an intrinsic ethical issue—and regional governments should be made aware that the practices of companies doing business within their borders are being monitored.

Moreover, it makes the case for a neutral third party to step in to enforce labor violations. Every time news like this is released and people act completely shocked and surprised to hear that a beloved firm exploits workers, it creates a golden opportunity—consumers could demand action beyond a simple press release and promise to do better in the future. This is the chance to actually create meaningful change in the tech industry through a concerted effort from consumers.

A third party could be tasked with setting clear, actionable standards and metrics for determining whether suppliers are meeting these goals. It could work with individual tech companies to identify all suppliers and monitor every step of the supply chain, grading suppliers and determining the overall final status of products at the same of sale. This information could in turn be made available to consumers, who could decide which companies they wanted to favor with their business.

Third-party certification is already used as a tool in other industries and settings, as seen with fair trade coffee, organic food, and even sustainable timber. Key to the success of these processes is transparency, which must be used to show people what they are (and aren’t) getting with certifications. This transparency should be available at every step of the process, allowing consumers and labor advocates alike to understand how grades are calculated.

This kind of public exposure could force the tech industry to change its ways, turning away from suppliers that don’t meet the standard and working with those who do. A massive ripple effect could occur in labor as a result; when a supplier has no clients, its practices are no longer profitable, and it’s forced to shut down, or change.

Accomplishing this goal, however, requires committing to seeing it through even when the issue has dropped out of the news, and keeping the issue in the public eye even when this feels uncomfortable. Is the industry, and are its consumers, ready to do that?