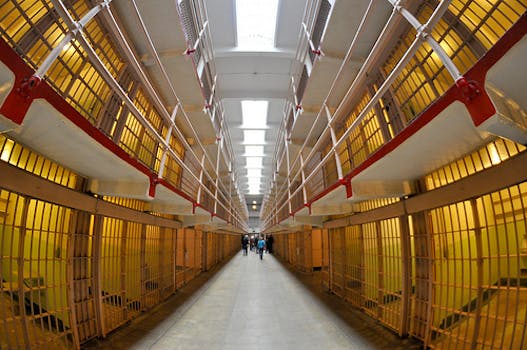 WikiLeaks whistleblower Bradley Manning pled guilty to 10 charges and not guilty to 12 others. What does his statement mean for the future of WikiLeaks?

A week ago, Pfc. Bradley Manning, the American intelligence analyst who provided WikiLeaks with secret military information, finally entered his pleas during at Ft. Meade.

In a 35-page statement. Manning pled guilty to 10 lesser charges and not guilty to 12 others, including the most serious charge of “aiding the enemy.”

The relationship between Manning and WikiLeaks is key to both. WikiLeaks would surely not be the heroic defender of the truth / handmaiden to terrorists that it is frequently made out to be without the load of documents Manning provided. And Manning would not be in stir for over 1,000 days of pre-trial confinement and facing 20 years in prison or more without WikiLeaks.

Repeated requests to WikiLeaks for comments received no response. However, the Daily Dot spoke with Emma Cape, campaign organizer for the Bradley Manning Support Network, about the effects that Manning’s pleas, future sentencing and possible further convictions will have on the anonymous leaking organization.

DD: Has WikiLeaks funded any part of Mr. Manning’s defense?

WikiLeaks gave $15,000 near the beginning of our campaign. As far as I know, they have not given since, citing concerns about their own legal expenses when asked.

DD: What do Mr. Manning’s pleas mean to WikiLeaks? How do you think will they affect what they do or think about their mission?

I do not necessarily think it will affect WikiLeaks and their mission any more so than Bradley’s arrest itself did. Bradley is a young man facing life in prison. The military already had forensic evidence showing he was likely the one who transferred the files to WikiLeaks. Bradley is at this point seeking some good favor with the judge through honesty, and an explanation that his motives at the time of acting were noble.  In the statement he read in court on Thursday, Bradley explained his views of WikiLeaks at the time were that it was an academic or media type organization, which is consistent with the fact that he had tried to contact the New York Times and Washington Post immediately before contacting WikiLeaks.

DD: If he is found guilty of the other charges, what would that mean to the organization?

If he is found guilty of espionage or “aiding the enemy,” that could have serious ramifications for WikiLeaks, since the documents provided by Bradley are what WikiLeaks is best-known for.

However, I believe that Bradley being found guilty of those charges would have ramifications for all media organizations. Both the staff of the Washington Post and the New York Times wrote articles last week indicating they would have loved to accept the documents from Bradley directly, had they known about them at the time. Yet the military prosecution has also stated in court that had Bradley provided the documents to the New York Times instead of to WikiLeaks, they would be charging him the same way. So really, Bradley’s case is a threat to the free press as a whole.

DD: In the last year there have been— if I’m reading this correctly—two information releases from WikiLeaks. Any ideas what their plans are in the coming year?

I know that WikiLeaks says they are raising money currently to release one million documents.  I do not know what those documents are, myself, although I know there have been statements in the past that they received some documents relating to Bank of America.

I also know that they’ve yet to release documents or videos pertaining to the Granai airstrike, which Bradley said last Thursday that he had provided to the organization. The airstrike has been called a massacre, and is reportedly similar to “collateral murder” but much larger in scale.

There has been speculation as to why WikiLeaks never released those videos, and some have suggested that they were corrupted or that when Daniel Domscheit-Berg left WikiLeaks to form OpenLeaks, he destroyed them.  However, part of me hopes WikiLeaks still has this material and is just waiting for a strategic moment to release what may be the most damning evidence of U.S. mishandling in Iraq to date.

Assange told the Brisbane Times that WikiLeaks intends to release additional classified U.S. documents, but will wait until the conclusion of Manning’s trial, which is scheduled to begin in June, to do so.

Manning’s pleading guilty to charges surrounding his theft of documents from the military may, in many eyes, bring him closer to earning the “civil disobedience” status many of his supporters credit him with.

Prior to the pleas, his apparent desire to avoid arrest, to keep his actions private, made that status seem like a veneer. Getting publicly arrested, being seen as the victim of an unjust, or unjustly applied, law, is regarded by many as part and parcel of civil disobedience, without which, it devolves to simple crime.