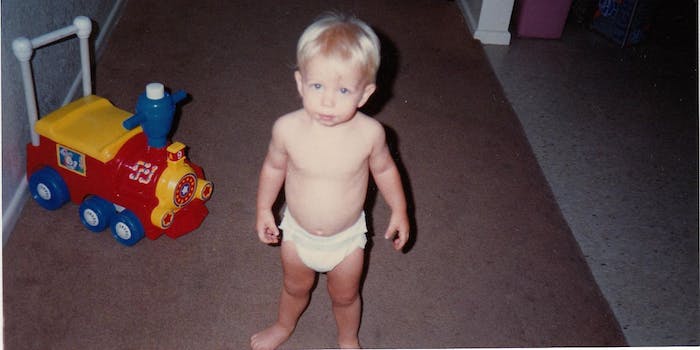 This adorable toddler is about to be sentenced

Bradley Manning's story was once that of every other American boy. Where did things go sideways?

“We are all Bradley Manning,” is the rallying cry of the Bradley Manning Support Network. It calls on everyone to understand that the risks faced by the court-martialed soldier are risks that any one of us would face when presented with the chance to do our higher duty rather than our immediate job. One week ago, that network released perhaps its most powerful weapon in this war of propaganda, state secrets, and the public’s right to know.

He really was a beautiful child: blond hair, big blue eyes, a fondness for cowboy hats like all little boys, and a firm grip on his tricycle that shows even as a towheaded toddler he was not to be messed with.

The release of the photoset on Flickr, authorized by Manning’s family, was pushed off the news by the release the same day of a picture of Manning wearing a wig and makeup. It was part of a letter Manning sent his army supervisor, explaining that he felt torn, stressed, and desperate; the defense used it to bolster its argument that he’d sought help numerous times, and that the Army had many opportunities to prevent Manning’s loss of faith and subsequent leaks to WikiLeaks.

His sentence is being announced today at 10am ET. These innocent family snaps are an ironically shocking reminder that before his tale became history, to be studied in universities for the next several centuries, it was the story of any little American boy. Where did things go sideways? Could they have been prevented? Should they have been? Is there a future outside of bars for the now-25-year-old Bradley Manning?

All things in time, they say. And in Bradley Manning’s case they’re talking about 60 years to life.