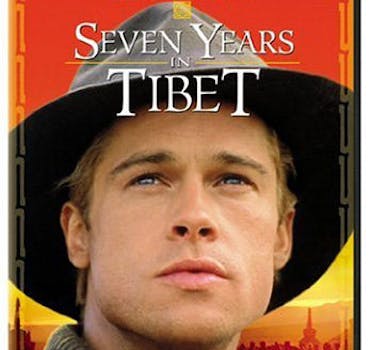 After 15-year ban, Brad Pitt will come to China

Brad Pitt has joined China's Twitter, and his first, cryptic post has thrown the microblog community into a tizzy.

Brad Pitt has joined China’s Twitter, and his first, cryptic post has thrown the microblog community into a tizzy.

“It is the truth. Yup, I’m coming,” the actor wrote on Sina Weibo Monday, posting from a verified account. That was post was shared 50,000 times, liked 3,300 times, and received 23,000 comments. It’s the social media equivalent of thousands of fans squealing in delight.

Pitt has been effectively banned from China since starring in Seven Years in Tibet in 1997. Chinese officials took offense to that film’s sympathetic take on the Dalai Lama, as well as its brutal and violent portrayal of the Chinese military.

But the director of that film, Jean-Jacques Annaud—who was also barred from China—visited last year after receiving an invite to chair the jury at the Shanghai International Film Festival.

If ordinary Chinese citizens cared a whit about the political controversy surrounding Pitt and the 15-year-old movie, they gave no indication in the comments, most of which ebulliently welcomed the star to China.

“I love you,” read hundreds more.

And Weibo user flaminglip had a unique take on another common theme: “Oh~my~fucking hot bitch~Come into my bed and I am going to teach you some new tricks~”