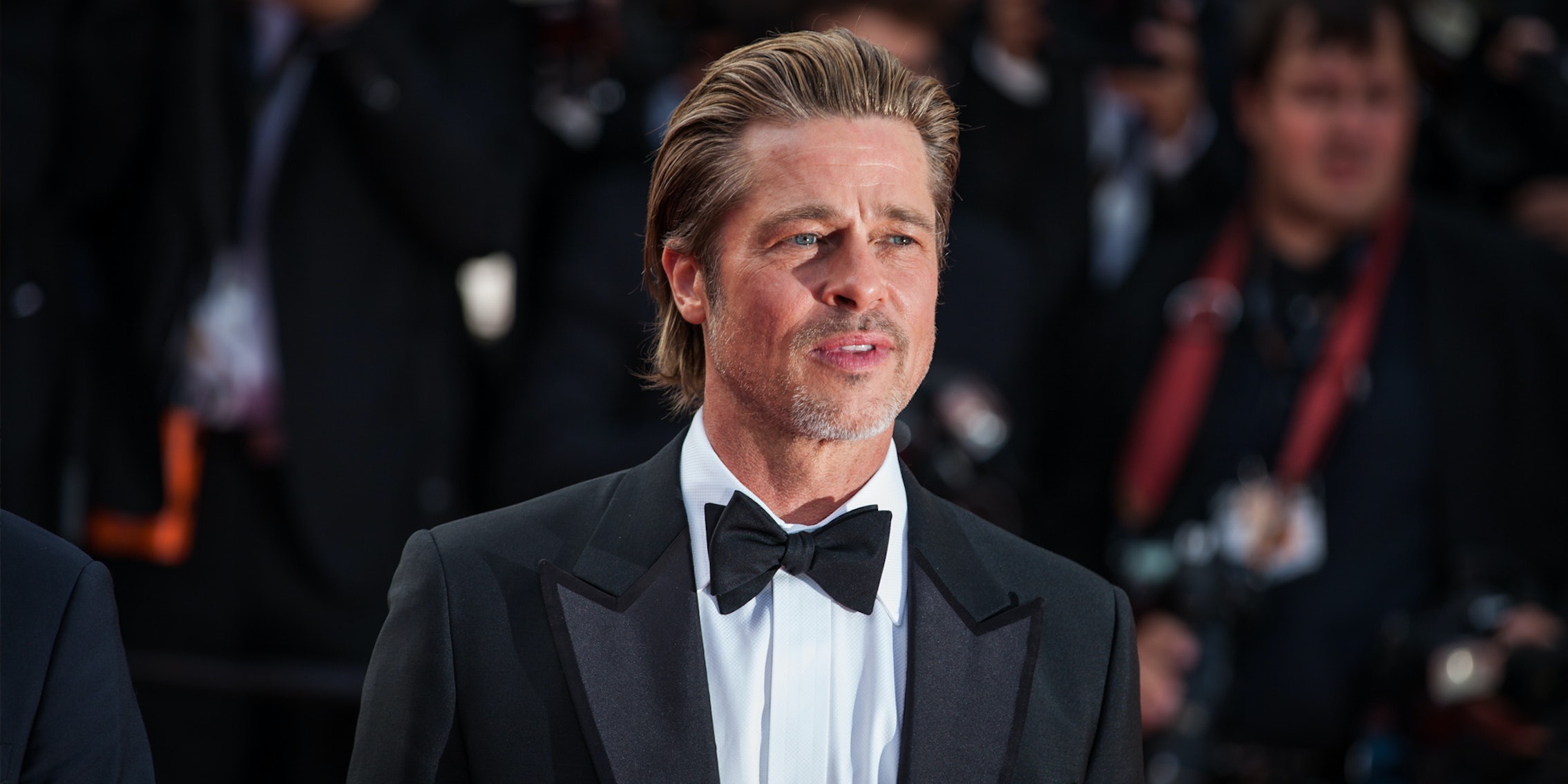 Starring in two major movies last year—the crowd-pleasing Bullet Train and the awards-bait Babylon—Brad Pitt has spent the past few months on a PR charm offensive.

Judging by his glowing reception at the 2023 Golden Globes, it’s paying off. The other celebrity guests welcomed him with open arms, tacitly ignoring the domestic abuse allegations leveled by his ex-wife Angelina Jolie. Intentionally or not, this creates the impression that Pitt and Jolie’s Hollywood peers are uniformly Team Pitt, handwaving the distressing nature of Jolie’s accusations.

On the red carpet, Babylon star Margot Robbie praised Pitt and said she’d love to make another film with him. While accepting an award, Abbott Elementary actor/creator Quinta Brunson shouted out Pitt in the audience, with Austin Butler and Ke Huy Quan also namechecking him in their speeches. The media coverage of Pitt’s presence focused on his new haircut, and his extensive gallery of photos schmoozing with beloved celebrities.

This display embodies Hollywood’s failure to internalize the message of campaigns like Time’s Up and #MeToo. After considerable legwork from journalists and survivors, the entertainment industry belatedly turned its back on widely-loathed serial abusers like Harvey Weinstein and Kevin Spacey. But people find it harder to acknowledge abuse allegations involving celebrities who retain their public charm—a quality that’s often bolstered by professional crisis management.

Pitt hired crisis publicist Matthew Hiltzik during his 2016 divorce from Jolie, and reportedly still works with him today. In a career that spans both politics and entertainment, Hiltzik has represented an eye-popping array of public figures including Hillary Clinton, Glenn Beck, Katie Couric, and (as of last year) Johnny Depp. He’s an expert in scandal mitigation; precisely the person you recruit if your extremely famous ex-wife filed an FBI report accusing you of physically assaulting her and your children.

Jolie’s allegations focus on an altercation in September 2016, onboard a private plane. While this event was a longtime source of speculation in celebrity gossip media, specific details only came to light thanks to an unrelated legal battle over a winery that Jolie and Pitt used to co-own. According to Jolie’s legal team last year, Pitt’s lawyers demanded that she sign an NDA preventing her from “speaking outside of court about Pitt’s physical and emotional abuse of her and their children.”

In response, Jolie disclosed details of the event that led her to file for divorce in 2016. Her court filing claims that Pitt “choked one of the children and struck another in the face” and “grabbed Jolie by the head and shook her,” along with pouring alcohol on her and the children, and punching the plane’s ceiling in a rage. Pitt’s representatives deny any allegations of domestic violence, accusing Jolie of trying to “revise and reimagine” her statement “by adding completely untrue information.”

These allegations were widely reported by reliable news outlets, coupled with tabloid speculation that the Jolie-Pitt children are now estranged from their father. However, the details of this private conflict are overshadowed by public preconceptions about Pitt and Jolie, particularly Pitt’s unique level of star power. America has loved Brad Pitt for a long, long time.

Pitt’s recent work as a producer adds an extra discomfort to his presence on the 2022/23 awards circuit. Last year his production company Plan B produced two high-profile movies about women battling abusive men: Sarah Polley’s Women Talking (about a group of Mennonite women who discover that they’ve been drugged and raped by men in their community) and She Said, Maria Schrader’s dramatization of the Harvey Weinstein investigation.

Some detractors called out Pitt’s producer credits as hypocritical or cynical attempts at image rehabilitation. One particularly controversial detail here was Pitt’s own relationship with Weinstein. Angelina Jolie is one of the many women who accused Weinstein of sexual assault, but despite knowing this at the time, Jolie says Pitt still approached Weinstein to produce a film in 2012. “We fought about it,” said Jolie. (Interestingly, Pitt didn’t attend the premiere for either She Said or Women Talking, but walked the red carpet for Plan B’s other big 2022 release, Blonde.)

So far, the criticism around She Said exists in the same realm as the low-key backlash against Pitt’s 2022 charm offensive. These topics regularly stir up discourse on social media, drawing comparisons with Johnny Depp. During the Golden Globes ceremony, positive tweets about Pitt were interspersed with harsh reminders of his abuse allegations. (“how is it that there’s barely a dent to his image considering what’s come out about him and how he’s treated angelina jolie? awful.”)

However, the real arbiter of public opinion is how he’s treated by other celebrities and the entertainment media at large. And the overwhelming message here is that no one wants to admit Brad Pitt might be guilty. Unlike Will Smith‘s Oscars slap, where everyone was happy to share their opinion, the Jolie/Pitt abuse allegations are too serious to comment upon. Instead, Hollywood is pretending that nothing’s wrong.

At the Golden Globes, we see a generation of actors who grew up idolizing Brad Pitt, sitting cheek-by-jowl with Pitt’s longtime friends and coworkers. It’s easy to understand why no one wants to rock the boat, but it’s still unsettling to witness this display of collective denial. Simply ignoring the allegations would be one thing, but by openly celebrating Pitt at every turn, these celebrities are making a statement. They’re saying that Pitt’s star power is something to be enjoyed, while Jolie’s painful, traumatic accusations are something to be ignored. An ugly and ironic message for a guy who literally just produced a celebrity abuse movie titled She Said.