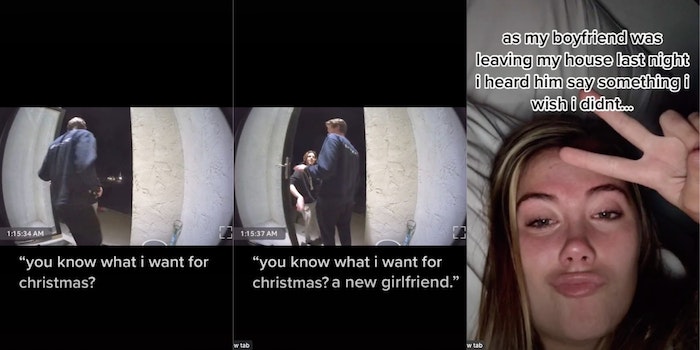 'As my boyfriend was leaving my house, I heard him say something I wish I hadn't.'

A viral video on TikTok shows an 18-year-old girl catching her boyfriend saying, “I want a new girlfriend for Christmas” on her doorbell camera.