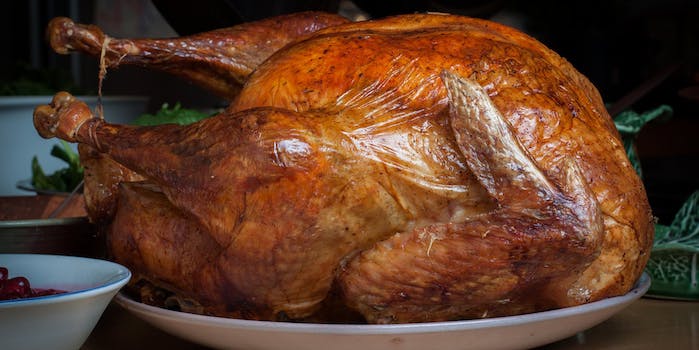 5 reasons you should boycott Black Friday

Black Friday sales aren't even all that great, so why are we still dragging ourselves out of bed at 4am for them?

Bill O’Reilly and Fox News might be wringing their hands over a War on Christmas, but that’s not the war we should be worried about. Every year reports trickle in detailing the slow retail takeover of Thanksgiving, as Black Friday sales eke further and further into America’s favorite excuse to eat too much turkey and watch seven Bond movies in a row. Since catching on with retailers in the 1970s, Black Friday has become the “Super Bowl” of retail.

But it’s not just the biggest shopping day of the year—it’s also the worst, characterized by long lines, horrible traffic in mall parking lots, and high rates of violence. Here’s why it might be best to stay at home this time around.

The most obvious case against Black Friday is that it brings out the worst in human behavior, a Lord of the Flies-like scenario in which consumers are driven to tear each other apart for a good deal. That might seem like hyperbole, but only barely. In previous years, retail employees have been “trampled to death” by Black Friday crowds, and in another stampede, rabid shoppers walked right over a dying man. In a Toys ‘R’ Us incident, two people were shot and killed, and a Best Buy worker (a Marine who was volunteering with Toys for Tots) got stabbed during an altercation with a customer.

Should you survive the crowds, you can still be pepper sprayed, robbed, or beaten by cops in an instance of alleged police brutality. As BuzzFeed and CNN report, Arizona police “body-slammed a grandfather who had tucked a video game under his waistband to carry his grandson above the crowd.” BuzzFeed’s Kevin Tang continues, “ The man laid in his own blood for 10 minutes as cops handcuffed him and charged him for shoplifting and resisting arrest.”

2: It brings out the worst in human nature.

If these incidents sound familiar, it’s because most of us have been in a Black Friday crowd that’s gotten a little crazy—and some of us are just as guilty.

A report from the New Yorker suggests that Black Friday madness is hard-wired into our DNA. Researchers tested different kinds of monkeys to see which are more patient than others, finding that “patience is learned rather than endowed.” The New Yorker’s Adam Alter writes, “A monkey gets better at waiting when he waits more often, just as a weightlifter becomes stronger the more he lifts weights. Humans who are chronically forced to wait acquire a different skill: they learn to seize fleeting opportunities.”

According to Alter, man’s genetic impatience is what drove Thomas Zych’s write-in presidential campaign, one forged on the platform of abolishing alphabetical order. After years of coming in last, Zych was tired of waiting his turn, and when it comes to Black Friday, humans are driven to be the one that gets there first, even if it means pushing over a pregnant woman in the process. (Once again, this actually happened.)

Thanksgiving is one of the few holidays every year where Americans of all race, nationality, and religion can come together and take a bank-endorsed holiday off to spend with their families and/or loved ones. But as Black Friday trickles into Thanksgiving, Americans have less down time to spend sleeping off that mythic tryptophan coma before grandma runs off to the outlet mall or your little sister gets called in to start her 6pm shift at Target.

Although stores like Costco, Marshall’s, Nordstrom, and T.J. Maxx have held out against the trend, Staples and Toys ‘R’ Us now open at 5pm on Thanksgiving, whereas Michael’s opens at 4pm, and Old Navy is open all day. Pioneers of the War on Thanksgiving, KMart has been open every Thanksgiving since 1991. However, not to be outdone, USA Today reports that WalMart “has decided to break its Black Friday into three separate ‘events’ beginning Thanksgiving night.”

This means you have three times the number of opportunities to get shived in a checkout line by a meth-addled redneck instead of watching the Cowboys game like the pilgrims intended you to.

In a press release, Macy’s passed the blame onto customers when explaining why it was forced to open its doors early. “In response to interest from customers who prefer to start their shopping early, most Macy’s stores will open at 8pm on Thanksgiving evening, consistent with many other retailers,” the store claimed. J.C. Penney likewise insisted it had no choice. “Last year, we opened much later than the competition and our stores saw a lot of frustrated customers tap our doors wanting to shop,” said company spokeswoman Daphne Avila. “This year, we decided we weren’t going to let those opportunities pass us by.”

Unconcerned about the plight of major corporations, a “Boycott Black Thursday” movement opposing the holiday sale creep has garnered over 80,000 likes on Facebook. As the Huffington Post and CNN Money’s Annalyn Kurtz reports, angry customers have also been trolling the pages of Kmart, Kohl’s, and Toys ‘R’ Us to demand that the stores leave Thanksgiving alone. On the J.C. Penney page, one customer wrote, “Even Ebenezer Scrooge let Bob Cratchit go home a few minutes early on Christmas Eve. When you’re eating your Thanksgiving turkey this year, remember that your employees are taking time away from their families to help satisfy your greed.”

While J.C. Penney might see those customers tapping on the glass, the store (and others like them) are losing business by not setting an example for their competitors.

As the J.C. Penney Facebook post notes, the people most affected by the decision to stay open on Thanksgiving aren’t the companies themselves but their workers, who are forced to suffer long, grueling hours.

“Many big-box workers have no choice to but to be flexible,” Josh Harkinson of Mother Jones explains. “The compliant get rewarded with more hours; the rigid quickly get downgraded to part-timers,” union leaders say. Take the example of Greg Fletcher, a member of the overnight crew at a Walmart in East L.A. On the night before Thanksgiving he will work a 12-hour shift, from 5pm to 5am. His wife, who also works at the store, must be there from 3pm on Thanksgiving day until midnight.”

And the forced increase in hours doesn’t necessarily lead to an increase in benefits or pay, as many of the workers coerced into sacrificing Thanksgiving aren’t unionized, so have little ability to lobby against the practice. They have no recourse to file a complaint, and should they call off, they’re likely to wake up on Friday morning without a job. Oddly enough, the phrase was first coined in 1870 by a New York Times columnist describing the unusually high rate of “sick” employees the day after Thanksgiving. However, I doubt the comic irony will be any solace to Greg Fletcher.

Bonus Tip: It’s not even that good of a deal.

In a takedown of the War on Thanksgiving, the New York Times’ Robert Frank appealed to the one thing major corporations really care about (if not for their customers, workers, and common decency): money. To wit, Black Thursday just isn’t worth the cost to the public. “These costs might be worth bearing if they led to even larger gains,” Frank argues. “But when all outlets open earlier, no one benefits. Few people actually want to shop in the wee hours, and the purchases that do occur then are presumably offset, dollar for dollar, by reduced sales during normal business hours.”

Consumers don’t fare any better. While Business Insurance’s report on Cyber Monday found that online shopping on Cyber Monday saved customers a bundle, Black Friday doesn’t even offer the best deals. “Most stores, particularly in bad economic times, start their sales weeks before Thanksgiving with deep discounts,” the agency said. “Early birds could find better prices than those who wait until right after Turkey Day. Other retailers keep prices low throughout the holiday season to encourage buying or even offer better sales in the weeks following Thanksgiving.”

What’s the solution? In addition to sitting this year’s Black Friday bonanza out, angry customers should encourage their lawmakers to take a stand. Whereas Robert Frank suggested additional taxes on any stores open on Thanksgiving, Rhode Island, Massachusetts, and Maine have taken a step further by banning Black Thursday altogether. We all have to collectively decide what’s more important: Greg Fletcher’s Thanksgiving or winning an retail arms race no one wants to be fighting?