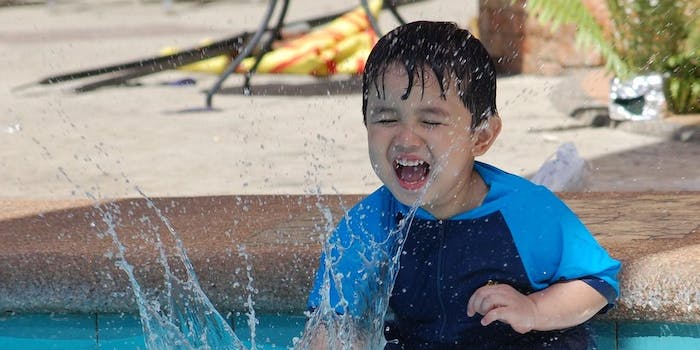 His lifesaver is right beneath his feet.

If there were ever a water-based version of looking for your glasses while wearing your glasses—that odd combination of surprise, embarrassment, and satisfaction—this would be it.

In the video below, a young boy finds himself in the terrifying situation of being in a body of water and not being able to swim, whether from inexperience or just fear. It only takes seconds for his family to show him the error of his ways, and once they do, he’s perfectly fine—maybe even a little embarrassed about not realizing what was happening.

But before that happens, he’s afraid for his life, and nothing you can say or do will convince him that he isn’t in immediate danger or doesn’t have to worry.

We don’t blame him for being scared out of his mind.