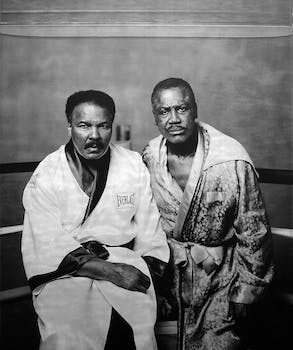 Smokin' Joe Frazier shocked the world in what was promoted as Fight of the Century in 1971. The news of his passing late Monday, likewise, quickly spread on Twitter.

Known as Smokin’ Joe for his furious and relentless attack, the heavyweight champion battled Muhammad Ali in the early 1970s in what most consider to be one of the greatest rivalries in sports, with heavy civil and political overtones.

A blue-collar bruiser and icon, Frazier won the undisputed heavyweight title from Ali in 1971 in what was hailed as the Fight of the Century. The legendary Thrilla in Manilla followed four years later,  ending only when Frazier failed to come for the 15th round.

Frazier was diagnosed with liver cancer in September, and his health quickly began to fail this weekend. On Friday, news spread that Frazier had been moved to Hospice care, and mentions of the boxing great skyrocketed to more than 10,000.

The hashtag #’RIPJoeFrazier was trending in the United States soon after the death was first reported, as was the “#RIPSmokin” on Tuesday morning. His name has since been mentioned more than 95,000 times, according to Topsy, a social media search engine.

The Daily Dot collected some of our favorite Frazier highlights and thoughtful responses.