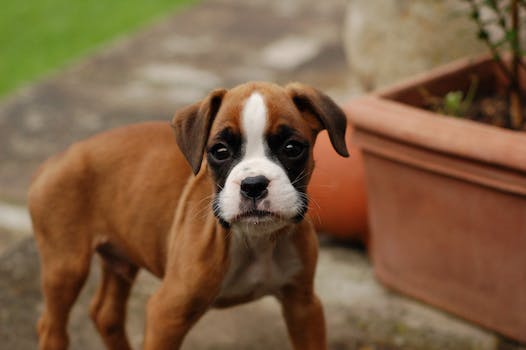 It's a matchup for the ages.

We might have figured out how recreate Donald Duck’s angry cry if he ends up appearing in the DuckTales reboot.

The answer it comes from a surprising source. Most of the time, our pets run away and rue us as soon as a vacuum starts going, but not Lily, the nog in this video. This boxer puppy not only doesn’t shy away, she tries a much different approach.

No bark or bite is going to fully stop this contraption, but that doesn’t mean she’s not gonna try anyway—even at the risk of swollen lips. The only winners in this battle might be her human owners.

Photo via John Wright/Flickr (CC BY 2.0)