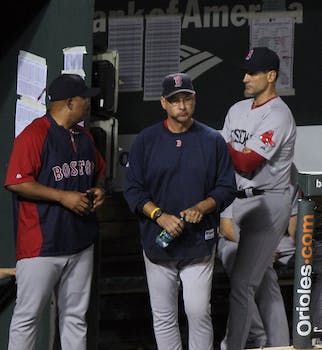 After a 7-20 month of September and one of the worst collapses in baseball history, the Boston Red Sox are expected to announce — eventually — they will not pick up the option year on manager Terry Francona’s contract. But the team is taking its time, leaving to widespread speculation online. Here’s what people are saying on Twitter: