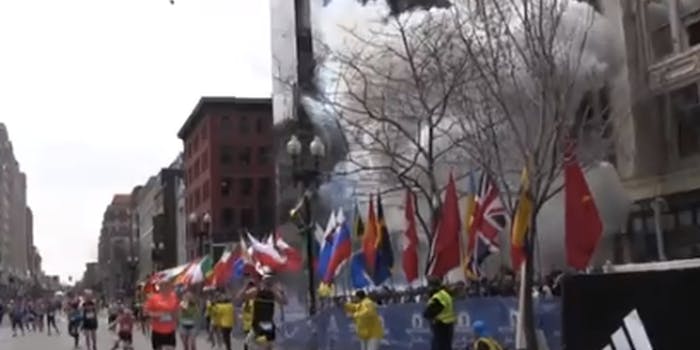 Boston runners won’t let Monday’s events stop them from finishing their marathon. That’s the message being made loud and clear in a pair of Facebook events following the Boston Marathon bombing.

According to the Boston Athletic Association—organizers of the legendary race, abruptly ended Monday when two bombs went off near the finish line—4,496 people crossed the 40K mark but did not reach the end of the race. Another 1,246 runners were diverted or stopped before hitting the 40K mark.

Late Monday, Facebook users began to plan a pair of events this weekend to memorialize those killed or injured in the attack. “The Last 5” and “The Last Mile” had both gained thousands of potential attendees by Tuesday evening.

“In light of today’s tragedy, let’s remember, honor and stand up for all those affected by the incident that occurred at the 117th Boston Marathon,” the event description reads. “For anyone who did not get to finish, for anyone who was injured, and for anyone who lost their life… We will walk. We will walk to show that we decide when our marathon ends.”

“The Last 5,” organized by Boston College students, was set to take place on Friday afternoon; it had already attracted nearly 16,000 people. Attendees were set to walk the final five miles of the Boston Marathon, but late Tuesday evening, organizers announced it would be temporarily postponed. NBC News’ Luke Russert reported that the city asked students not to go forward with the event for security reasons. Organizers posted Tuesday night that they would continue to meet with city and school officials and that more information would be available soon. But it was clear from the beginning that the interest was there.

“Thank you for your support. We are truly in awe of this incredible response!” organizers wrote.

While it was unclear when “The Last 5” would take place, Boston Marathon organizers made it clear that the 118th running of the iconic race would take place in 2014. Executive Director Thomas Grilk released this statement on Tuesday: “Boston is strong. Boston is resilient. Boston is our home. And Boston has made us enormously proud in the past 24 hours. The Boston Marathon is a deeply held tradition—an integral part of the fabric and history of our community. We are committed to continuing that tradition with the running of the 118th Boston Marathon in 2014.”

Photo via The Boston Globe/YouTube.