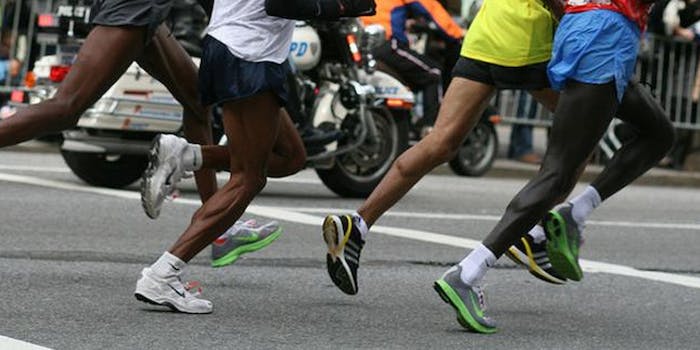 For the first time in 31 years, an American wins the Boston Marathon

The 2014 Boston Marathon took place today, and on Twitter, many runners, supporters, and spectators kept track. Last week, the #BostonStrong hashtag marked the anniversary of the bombings, and today, that same spirit endures.

The #BostonMarathon hashtag offered some unique insight into the world of marathon running: Endurance, stamina, and mental willpower all factor in, which makes this year’s marathon, and the stories of survival, even more poignant. Last week, bombing survivor Marc Fucarile was married at Fenway Park. This year’s marathon also marks the last for inspirational father-son duo Team Hoyt.

At almost 39 years old, @runmeb becomes the first American to win the #BostonMarathon since 1983. Unreal. pic.twitter.com/4ibhvar2VE

PHOTO: Rita Jeptoo of Kenya became a 3-time winner of the Boston Marathon when she won today http://t.co/MZu5YhFqhe pic.twitter.com/AsQyr3T3C3

#Arbladerunners have made it to the race tent of the #BostonMarathon. They looked pumped and ready to go. #Arnews pic.twitter.com/Hx67y7FaiS

What a feeling! #wbz #bostonmarathon pic.twitter.com/sJOa8yuOPO