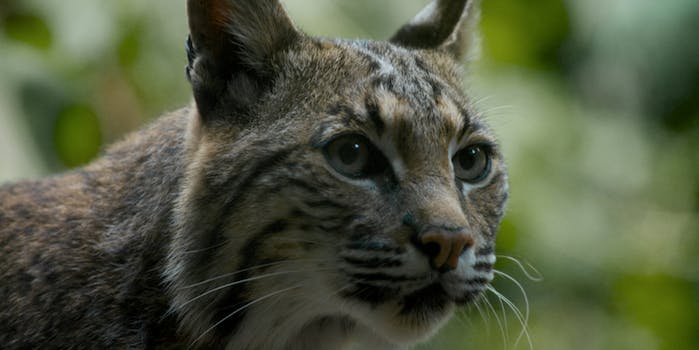 Animal on the loose in Texas is a bobcat, not a tiger

Panic struck the city of Rowlett, Texas, on Monday afternoon following reports of a tiger on the loose in the area.

#BREAKING: Reports of a tiger on the loose in Rowlett.

What the hell is a tiger doing in Rowlett/Sachse?

WHYS THERE A TIGER IN ROWLETT

But officials soon clarified their story. In a shocking twist, the feline creature skulking around Rowlett was revealed to be a bobcat—not a tiger.

Rowlett police now say the loose cat was a bobcat not a tiger. It has not been caught.

@ryanwelton I mean … a bobcat definitely is NOT a tiger.

I gotta say, as a student of these things, it's a poor hunter that can mistake a bobcat for a tiger.

It's just a bobcat. Not a tiger. All good.

IM MAD. I WAS GOING OUT TO GO LOOK FOR IT TOO. HOW CAN SOMEONE CONFUSE A TIGER AND A BOBCAT. https://t.co/Kqi7Q3A3Hj

There has been a bobcat casually strolling through my backyard while we ate dinner. Don't get my hopes up that it's a tiger, you monsters.

How do you confuse a tiger and a bobcat

Once again, the animal appears to be, rather than a tiger, a bobcat. Stay safe, and we’ll check in the next time someone makes this mistake.

There is a debate on the local news fanpage on whether the cat spotted is a bobcat or a tiger. I hope it's a joke. pic.twitter.com/5uKPGBrxe4

Photo via Keith Kissel/Flickr (CC BY 2.0)