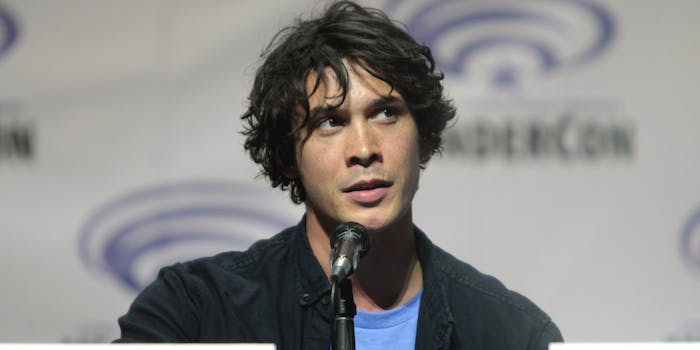 His wife and co-star Eliza Taylor was also accused of being an accomplice to the abuse.

Bob Morley, best known for his portrayal of Bellamy Blake in the CW apocalyptic teen drama The 100, has been accused of verbal and emotional abuse by his ex-girlfriend, Arryn Zech.

Zech, best known for voicing Blake Belladonna in RWBY, shared her story via Twitter on July 3.

“I cannot count how often I was yelled at by him,” she wrote, detailing how he berated her for minor things such as sleeping in too much, not knowing what Akira was, and “sharing a poem [she] wrote and having the audacity to think it’s good.”

Zech, who is also a Twitch streamer, said she recently tried to “come forward” on stream “about some of the abuse” she endured during her over three-year relationship with Morley.

“Because everything I stated was in my stream, a small platform with an audience of mostly fans of RWBY, a game of telephone has erupted within The 100 fandom, creating a lot of false or distorted information. I’m going to set the record straight right now, so nothing can be misinterpreted anymore,” she wrote.

She then accused Morley of being biphobic and victim-shaming her after she was sexually assaulted.

“When he found out that I am bisexual, he was furious,” she continued. “Saying things like I would obviously never be enough for him, that I wanted to be with women, or that I’d cheat on him.”

Zech said, after that, she never spoke about her sexuality again.

When she was sexually assaulted at a convention, he accused her of cheating. “He was furious at me for ‘cheating’ on him,” she wrote of his reaction to her sexual assault.

Zech then seemingly accused his now-wife Eliza Taylor, who portrays Clarke Griffin on The 100, of being an accomplice to the abuse.

She also said the now-couple of had an affair when she and Morley were still together. Zech said she caught them having an affair on surveillance cameras after Morley forgot to turn them off. Morley and Taylor got married four months after they broke up.

“They had been having an affair for at least 6 months prior to our breaking up,” Zech said. “The three of us were together constantly in the second half of the relationship, my being forced to be friends with this girl he’d insisted he hated not one year before. I would hear them whisper or see how they looked at each other. I’d asked Bob if he liked her, to just be honest with me, but he denied it every time.”

Many are now accusing Taylor of being a hypocrite as she profits off of playing Griffin, a bisexual character, but is married to and seemingly enables Morley, who stands accused of biphobia. Fans of The 100 are also urging others to try and separate the actors from the characters they portray.