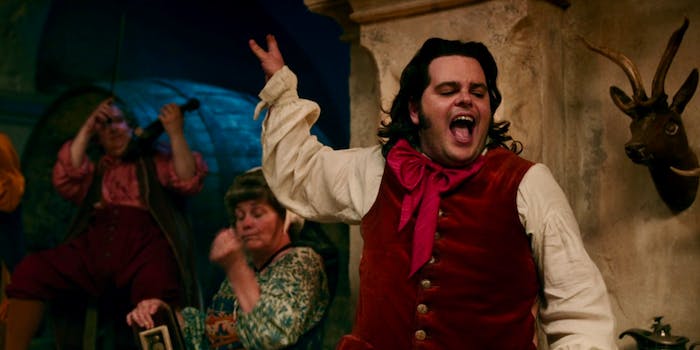 ‘A slap in the face’: People react to Disney CEO’s memo on controversial anti-LGBTQ+ bill

The Walt Disney Company CEO Bob Chapek sent out a memo to employees about Disney’s response to Florida’s controversial Don’t Say Gay bill amid growing criticism that Disney is staying silent on a bill that is widely seen considered harmful.

The bill, which has passed the Florida House and is set for the State Senate, would bar teachers from discussing gender identity or sexual orientation in elementary schools or “in a manner that is not age-appropriate or developmentally appropriate for students.” The bill would also allow parents to sue school districts that they believe violate the law. (Florida Governor Ron DeSantis has indicated that he’ll sign the bill.) Critics of the bill argue that Don’t Say Gay isn’t only harmful to teachers and students, it also negatively affects LGBTQ+ parents and parents with LGBTQ+ children.

An Orlando Sentinal report from Feb. 25 revealed that Disney had donated money to every single sponsor and co-sponsor of the Don’t Say Gay bill. But Disney, which previously hinted that it might stop filming in Georgia (where many of its major productions shoot) if Georgia passed a restrictive abortion law when former CEO Bob Iger was in charge, had largely been quiet on the bill apart from a March 4 statement in support of the LGBTQ+ community that said, “The biggest impact we can have in creating a more inclusive world is through the inspiring content we produce, the welcoming culture we create here, and the diverse community organizations we support, including those representing the LGBTQ+ community.”

The first statement didn’t quell criticism against Disney, particularly from LGBTQ+ creators who’ve worked at Disney, and a report from The Hollywood Reporter suggested that Chapek wasn’t as willing to be a vocal advocate for social issues as his predecessor and had concerns that Disney was seen as being “too liberal.” Among them was Abigail Disney, the granddaughter of The Walt Disney Company co-founder Roy Disney and a frequent Disney critic.

“I am deeply angered by Disney thinking it can look the other way for this hateful ‘Don’t Say Gay’ bill and it takes a seriously flawed moral compass to not see that funding the people who wrote and passed it is anything less than supporting their ugly agenda,” she tweeted Sunday.

On Monday, Chapek spoke more about why Disney didn’t speak out against the Don’t Say Gay bill in an internal memo shared with Disney employees and the press in which he emphasized that he “​​and the entire leadership team unequivocally stand in support of our LGBTQ+ employees, their families, and their communities.”

He listed several of Disney’s titles with inclusive casts and LGBTQ+ characters as primary examples of how Disney’s work can help foster the LGBTQ+ community.

“I do not want anyone to mistake a lack of a statement for a lack of support,” he said. “We all share the same goal of a more tolerant, respectful world. Where we may differ is in the tactics to get there. And because this struggle is much bigger than any one bill in any one state, I believe the best way for our company to bring about lasting change is through the inspiring content we produce, the welcoming culture we create, and the diverse community organizations we support.”

But Chapek also pointed to how, in his view, major corporations have little effect on political issues and can be weaponized.

“As we have seen time and again, corporate statements do very little to change outcomes or minds,” Chapek said. “Instead, they are often weaponized by one side or the other to further divide and inflame. Simply put, they can be counterproductive and undermine more effective ways to achieve change.”

If Chapek thought that his memo would quell criticism online, it only further highlighted for critics the emptiness of Chapek’s gesture and the idea that one of the reasons Disney isn’t speaking out against the bill is because Disney fears conservative backlash.

But the criticism about Disney’s response isn’t just about its lack of action. Disney has long gotten flack for the glaringly few LGBTQ+ characters it’s featured in its movies pushed to minor characters, scene stealers, background extras, blink-and-you’ll miss moments, and mentions so vague it might even get past anti-LGBTQ+ censorship laws in some international countries; the two LGTBQ+ shows that Chapek cited, Pose and Love, Victor, aired on FX and Hulu, respectively, and neither is available to stream on Disney+ in the U.S. For many, Disney’s pledge to inspire change through the use of its content rings as hollow as its LGBTQ+ representation on the big screen.