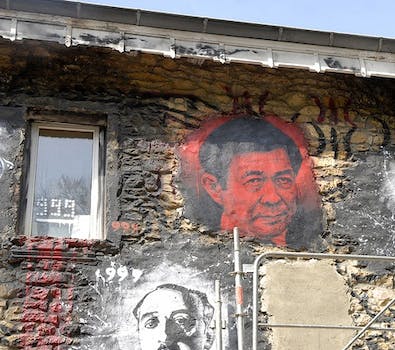 The son of former Chinese politician Bo Xilai has joined Tumblr to defend his father against accusations of bribery and inappropriate sexual relations with 100 mistresses.

In a post made Friday, 24-year-old Bo Guagua said it is hard for him to believe the allegations made against his father, a former communist party secretary for China’s Chongqing municipality.

“Although the policies my father enacted are open to debate, the father I know is upright in his beliefs and devoted to duty,” Bo Guagua wrote in a Tumblr post that has collected 53 notes. “He has always taught me to be my own person and to have concern for causes greater than ourselves.”

Bo Xilai, 63, has been under house arrest since March 2012 after he was expelled from the communist party for accepting “massive bribes” and helping to cover up the murder of British businessman Neil Heywood by Bo Xilai’s wife, Gu Kailai, the New York Times reported.

Bo Guagua has been called a “playboy” in the media for his extravagant lifestyle while he was a student at Harvard University. This included reports of picking up a daughter of former U.S. ambassador Jon Huntsman in a Ferrari. Bo Guagua graduated from Harvard in May with a with a master’s degree in public policy, Reuters reported.

It is unclear when Bo Xilai will face trial, but he could be sentenced to 20 years in prison if convicted, the Telegraph reported.