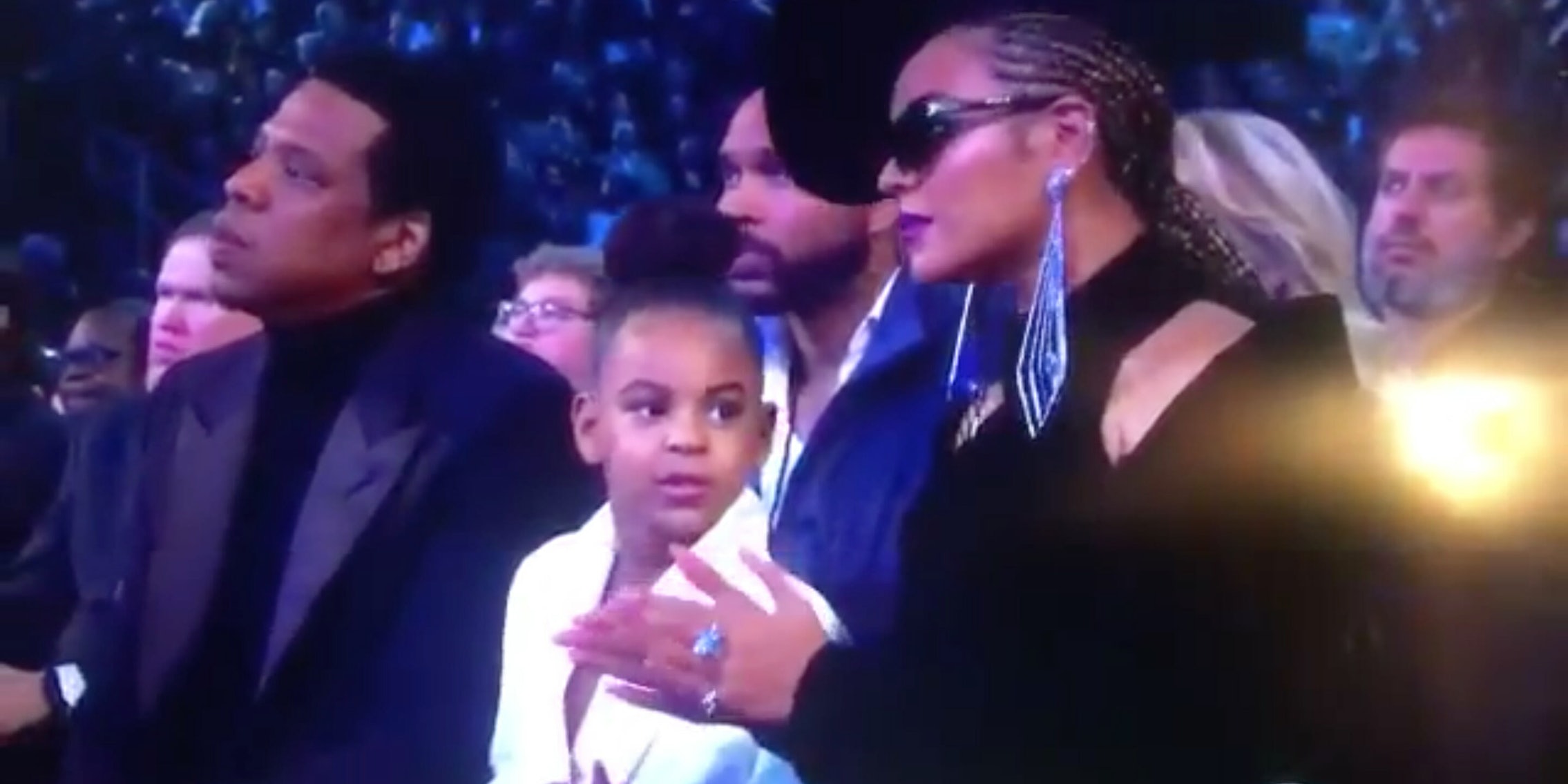 Blue Ivy shushing her parents is the cutest Grammys meme

Blue Ivy is the head of this household.

Beyoncé and Jay-Z’s daughter, Blue Ivy Carter, showed everyone who actually runs the Carter household at the 2018 Grammys Sunday night.

Footage from the awards show caught the 6-year-old motioning for her parents to quiet down as they applauded while Camila Cabello gave a moving speech about Dreamers in the United States. As the couple clapped, Blue was shown putting up her hand and gesturing toward both her parents.

I have no idea what Blue Ivy is doing but I’m here for it. #Grammys pic.twitter.com/Wxeb1IWWju

While Jay-Z—who was nominated for eight Grammys Sunday night—went home without a single award, Blue won the evening as one of the most talked about people on Twitter. Everyone on the internet loved watching Blue tell her parents to chill, and her sassy moment quickly became a viral meme by the end of the ceremony.

The icon #BlueIvy has spoken… mom we are not clapping right now #Beyonce #GRAMMYs pic.twitter.com/sF3RS6jqcZ

"Mama we are royalty, we don't clap for peasants, calm down. Daddy, don't do that again" #BlueIvy #GRAMMYs pic.twitter.com/g0RlpnHlnb

Blue: calm down mother, dad you too. Y’all bring attention and you already know I didn’t wanna be here. Thanks https://t.co/dqdXq5OKD4

Blue just became the older sister to a pair of twins in June 2017. It looks like her new responsibility has given her a new (and adorable) attitude.