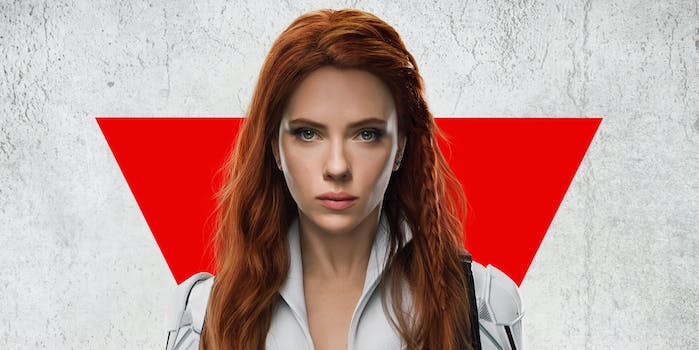 It's arriving more than a year after its original release date.

More than a year after its originally planned release date, Marvel fans will finally be able to watch Black Widow.

Disney and Marvel Studios announced Tuesday that Black Widow will be released in theaters and on Disney+ with Premier Access on July 9.

Premier Access comes at an additional cost to Disney+ subscribers. Starting July 9, they will be able to rent Black Widow for $30. But unlike most rentals on your digital VOD platform of choice, viewers will be able to watch the movies they pay the Premier Access fee for as many times as they want as long as they have a Disney+ account.

Disney previously used this release model for the Mulan live-action remake and Raya and the Last Dragon and will also implement it for Cruella when it’s released in theaters and on Disney+ Premier Access on May 28.

“Today’s announcement reflects our focus on providing consumer choice and serving the evolving preferences of audiences,” Disney Media and Entertainment Distribution Chairman Kareem Daniel said in a statement. “By leveraging a flexible distribution strategy in a dynamic marketplace that is beginning to recover from the global pandemic, we will continue to employ the best options to deliver The Walt Disney Company’s unparalleled storytelling to fans and families around the world.”

Several other films in Disney’s schedule have been shuffled or pushed back. Luca, the newest Pixar film, will get a Disney+ release on June 18 at no additional cost to subscribers. Meanwhile, Shang Chi and the Legend of the Ten Rings will get a theatrical release on Sept. 3.

With it being one of the early films to be affected by the COVID-19 pandemic and movie theaters closing around the world, the road to get Black Widow released has been a long one. Initially, Disney scheduled Black Widow for a Nov. 6, 2020 release, but in September 2020, that date was pushed back to May 2021; despite moving several of its films to Disney+, Disney seemed unwilling to do so with Black Widow until now. Black Widow will arrive in theaters and on Disney+ at a time as the COVID-19 becomes readily available to more people, so it’s possible that some viewers might feel safe in heading to movie theaters again over paying $30 for Premier Access.

But even with Disney placing its next Marvel movie on its streaming service, the trend back to theatrical is already being set in motion. Earlier Tuesday, Warner Bros. and Cineworld (which owns Regal Cinemas) announced a 45-day exclusive theatrical window for Warner Bros.’ 2022 releases after Warner Bros. embraced a hybrid release model in 2021.