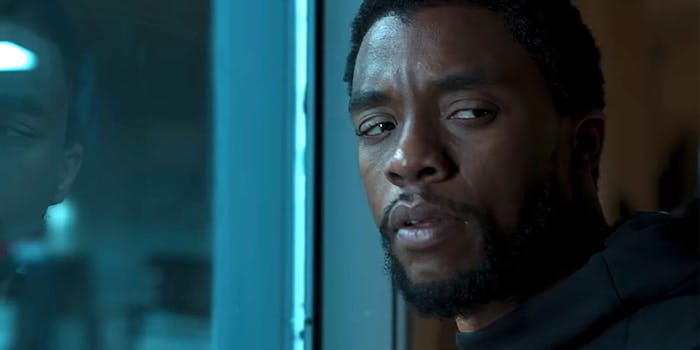 There’s a good chance that you’ve seen Black Panther by now. The latest Marvel standalone film opened a week ago, and it broke box office records. But just in case you’re still waiting to see it, (what are you waiting for?) you might want to avoid Twitter right now. People are tweeting minor spoilers in an amusing new meme. The format is simple: The poster uses a variation of the phrase, “Black Panther spoiler except I don’t give you context,” along with a GIF or photo that nods to a recognizable scene in the film.

Black Panther spoiler but i don’t give you context pic.twitter.com/7QHz5Jdbk6

black panther spoiler but i dont give you context pic.twitter.com/oY9Y4cjdJd

Of course, if you haven’t seen the film, you probably have no idea what these tweets are referencing. And that’s part of the joke.

Black panther spoiler but I give you no context pic.twitter.com/7OuIpvJUk8

Black panther spoiler but with no context pic.twitter.com/TRvONShrWt

This meme format seems similar to another popular meme where someone writes the movie title, the year, and maybe the director’s name along with a photo. The photo used in that meme is not actually from the film. Like the “no context” Black Panther memes, it’s usually a random photo from pop culture that is a sly reference to either the movie’s title or something in the plot.

Both the movie title memes and the “spoiler but without context” memes are like sharing an inside joke with a friend. If you’re a fan of the movie, you’ll get it. This is the internet at its best: using memes to relate to strangers who share a common interest.