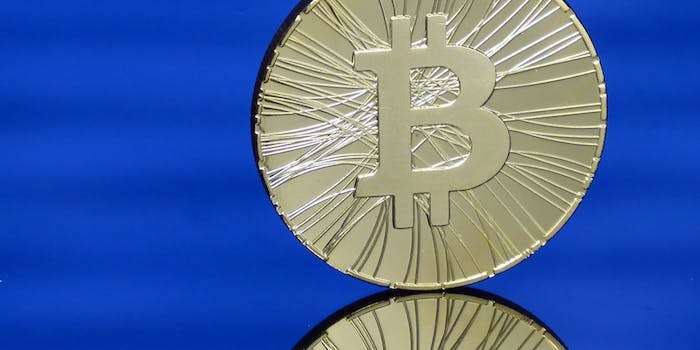 2 Bitcoin scams worth millions end with arrests in China, Germany

The virtual currency is opening up new forms of crime.

As Bitcoins began trading over $1,000 for the first time this week, evidence emerged that criminals are increasingly seeing potential for fraud in the cryptocurrency: two people in Germany and three in China were arrested over wildly divergent scams.

German Federal Criminal Police Office detained their suspects—who lived across the country from one another—in connection with an illegal botnet set up to facilitate Bitcoin mining. The pair allegedly infected victims’ PCs with malware and used the additional processing power to crack the puzzle of random data attached to each coin, generating an extra 25 BTC for each solution.

The Chinese plot was more of a straight con. GBL, a Hong Kong firm, had set up a Bitcoin trading platform that attracted more than 1,000 mainland investors, according to local English daily The Standard. It suddenly closed on October 26, with staff and investors’ 25 million yuan (about $4 million) vanishing into thin air. The only contact information left on the site was fake.

Xinhua reported that the three detained for the theft, all in separate locations, were a 29-year-old “surnamed Liu,” who supposedly launched GBL’s operations in May, as well as “a 24-year-old man surnamed Jin, who was in charge of the platform’s daily operations, and a 33-year-old man surnamed Huang, who was responsible for financial management.” The GBL platform had, at one point, been the fourth-largest trading volume in the country.

News of the arrests in China came alongside the government’s first official statement on Bitcoin, in which regulators banned financial institutions from using the currency over fears of laundering and other illegal activities. Individuals, meanwhile, remain free to play the Bitcoin market at their own considerable (and expanding) risk.