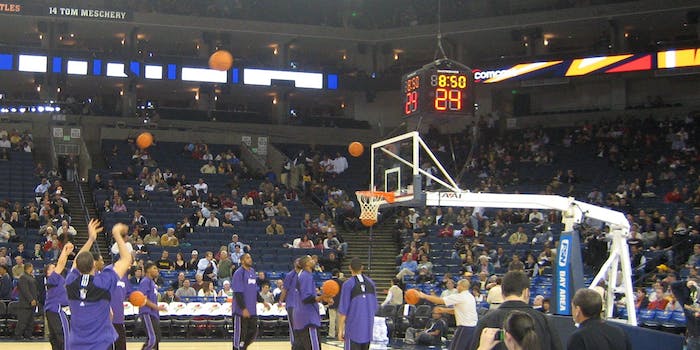 This NBA team will let you buy tickets with Bitcoin

Bitcoin is everywhere: first houses, then cars, and finally some mediocre professional basketball. The Sacramento Kings will now let you buy tickets with the hard-to-trace digital currency.

The franchise announced Tuesday that it will become the first professional American sports team to start accepting Bitcoin.

The move is part of owner Vivek Ranadive’s goal of revitalizing the team, which is relatively unpopular and sports one of the worst records in the NBA. Starting in March, visitors to the site will have the opportunity to pay for tickets or merchandise with Bitcoin.

Fans will, at least, be able to BitPay at the Kings’ official in-stadium store, though that doesn’t extend to in-game concessions.

It‘s smart of Ranadive to capitalize on the currency on the future, but this isn’t as revolutionary as it seems. The team isn’t actually receiving any bitcoins. Transactions are serviced through BitPay, a company that acts as an intermediary between virtual-currency-holding customers and traditional businesses.

Don’t expect Bitcoin to take Ticketmaster’s place anytime soon. Customers aren’t getting a special deal. A BitPay representative told the Daily Dot that she didn’t expect the team to make any other changes to its system, and that includes bypassing Ticketmaster, which marks up every NBA ticket sold through the team’s site.