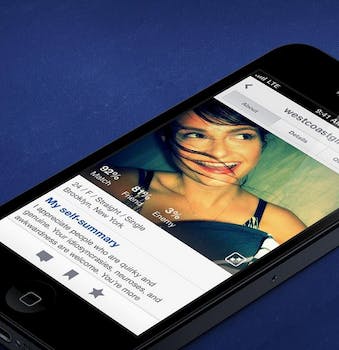 Fund your online dating with an untraceable currency

Good news for people who want to take care of nearly every transaction and interaction right there on the Internet.

Good news for people who want to take care of nearly every transaction and interaction right there on the Internet: As of today, you can use your Internet money to find yourself an Internet boyfriend or girlfriend.

Coinbase, one of the most prominent distributors of Bitcoin, that massively controversial and entirely unregulated online currency whose value has spent the past month fluctuating like Rodney Dangerfield’s heartbeat during a cocaine bender, announced Tuesday that you can now use the currency to make purchases and transactions on OKCupid, an Internet dating site that’s home to more than 7 million people.

“This is one more step forward for bringing Bitcoin to the masses—one at a time,” the company wrote, attaching a picture of an OKCupid transaction for a six-month upgrade. 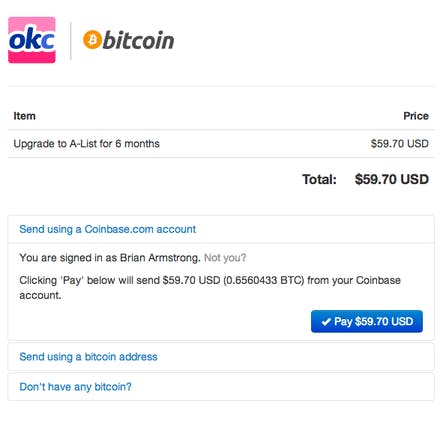 Bitcoin has been a major media talking point since its value eclipsed a $30 USD exchange rate in February. That value’s mostly gone up in the past two months, breaking $100 USD April 1 before topping out April 10 at a value of $265.

According to bitcoincharts.com, a bitcoin exchange tracking website, the currency is currently valued at $73.27 USD per every one bitcoin.

Such fluctuations hardly make investing in the somewhat-shady currency a safe revenue strategy, but OKCupid’s prepared.

“Our plan is to liquidate our holdings daily and turn them into US dollars,’ OKCupid cofounder Sam Yagan told Ars Technica on Monday. “There’s an open question as to how much liquidity there is. I think there’s going to be a tremendous amount of volatility. One of the reasons why we want to be early in the mix is so we can learn.”

He added that, while he has purchased a few bitcoins, he’s not quite gung-ho on the online currency’s validity or stability quite yet.

Yeah, but can it help you find a girlfriend?