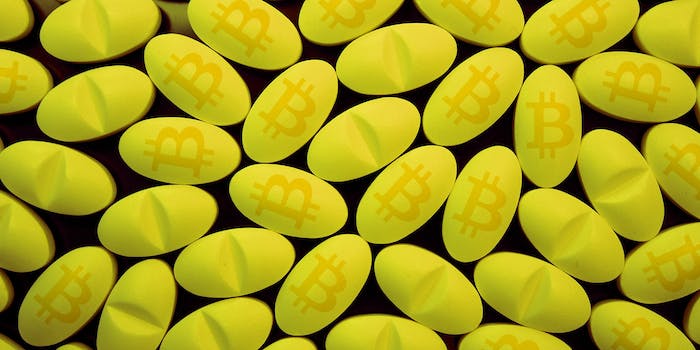 The drug hit the underground market in November, spurring some very confusing conversations among crytographers.

A Scottish man has been hospitalized after popping some ecstasy tablets featuring the Bitcoin logo.

The 21-year-old was found last Saturday morning “in an agitated state” in Scotland’s Cadzow Bridge Square, the BBC reported.

The man, who was not identified by police, was taken to Hairmyres Hospital in East Kilbride, where tests determined that he had taken three ecstasy tablets called “bitcoins.”

This is the first report of a Bitcoin-related ecstasy incident since the drugs hit the underground market in November. Since then, Bitcoin, the drug, seems to have become a bit of a European phenomenon, with reviewers on pillreports.com popping up in the Netherlands, U.K., and Switzerland.

“[M]y pupils were dilated as hell, i was cross-eyed for some time,” wrote a reviewer. “[B]ut, these bitcoins are the shit!” A third experienced “teeth clenching and eye wobbles,” and “was sick” after taking two, but the reviewer still gave the drug his recommendation.

In March, Reddit user omnibrain overheard someone in the bathroom of a Swiss nightclub talking about “bitcoins.” That prompted an “extremely confusing conversation” that resulted in the following photo: 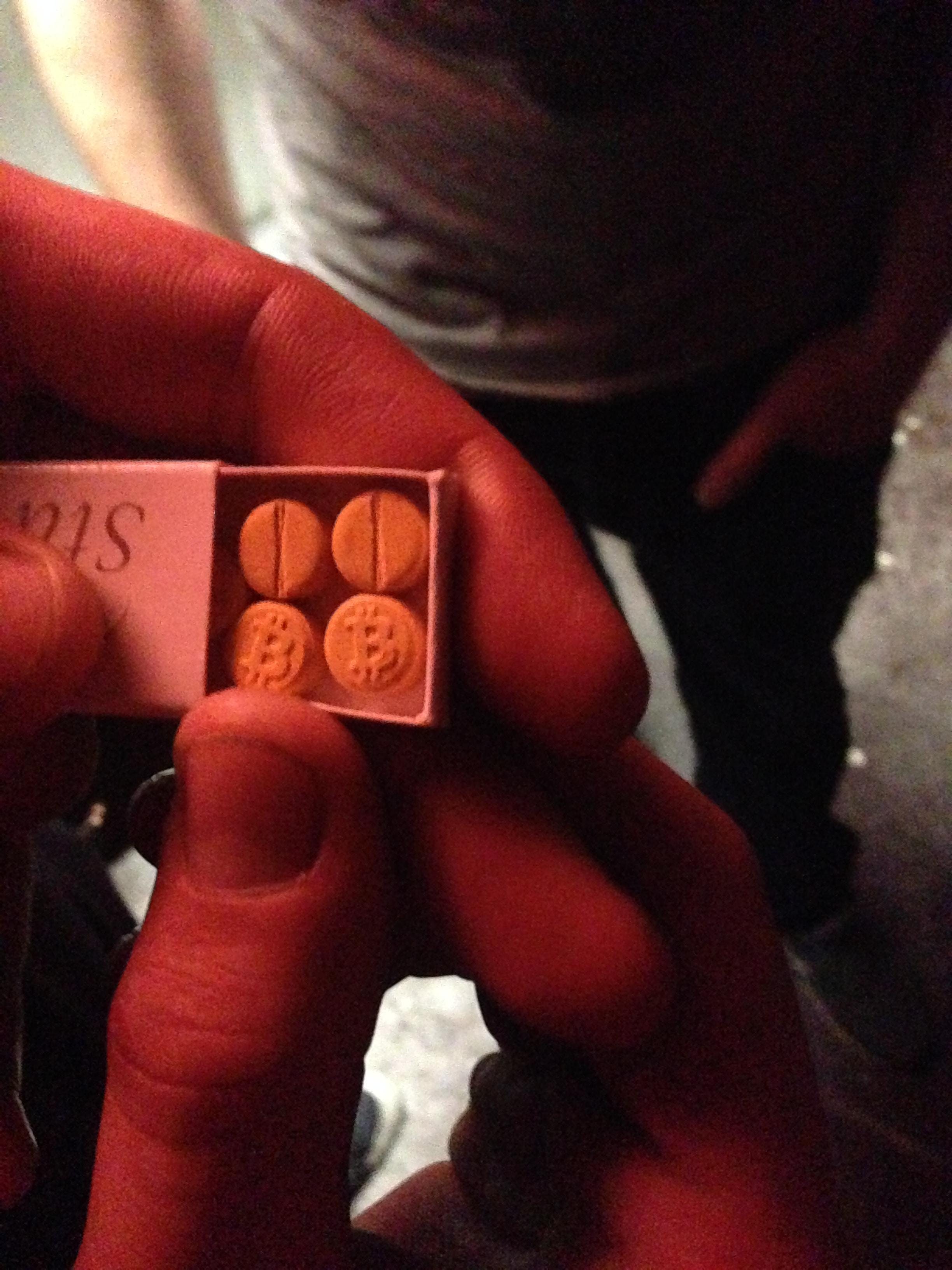 Bitcoin, the cryptocurrency, “is down about 50 percent over the last three months and more than 60 percent since it topped $1,100 last year,” Recode reported. The cost of one bitcoin was roughly $415 early Saturday morning.

The condition of the Scottish man is unknown. Last reports indicate he was being treated in the hospitals intensive care unit.